BAGUIO CITY (February 24, 2021) – Regional line agencies in the Cordillera region tasked in law enforcement are opting for a “tokhang-type” campaign to rid the region of the communist movement.

Not that blood-thirsty anti-drugs “tokhang” that had gone awry though, but the same strategy of visiting or actually knocking on homes of left-leaning personalities (including the media and government personnel) around the villages and making a plea to shun support for the CPP-NPA-NDF, said the Regional Law Enforcement Coordinating Committee (RLECC) resolution signed by 45 regional executives except NCIP-CAR regional director Marlon Bosantog, formerly the national spokesperson of the NTFELCAC.

Policemen are only one of the participants in the campaign, he explained.

According to RLECC resolution number 4, series of 2021, teams composed of church leaders and members, NGO, barangay officials and local police will be going around in villages for the “Tokhang”.

Oplan Tokhang will be employed to convince left-leaning personalities to return to the folds of the government and dissuade them from further supporting the Marxist-Maoist-inspired rebellion and its known front organizations, members of the RLECC said.

The tact of the RLECC members, according to BGen. Pagkalinawan, is being elevated to the Regional Peace and Order Council (RPOC) for their concurrence and adoption and to convince LGUs to support the campaign. Such tact is also being brought to the attention of all Governors and Mayors in the highland region for their support. 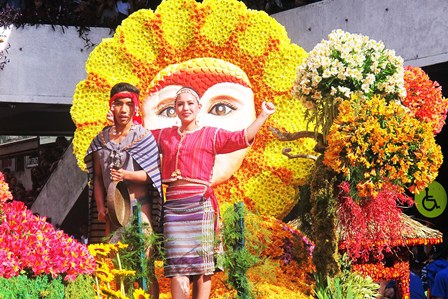