Wounded communist rebel leader Avelino Cruz, 40, alleged high-ranked commander of the CPP-NPA Southern Ilocos Sur Command, has been arrested at his hospital bed in Ifugao and will be brought to Abra to answer for rebellion charges the moment he will be medically fit to travel.
This after police and soldiers formally arrested him at the Panopdopan District Hospital in Bannit, Lamut, Ifugao, 2AM Friday.
On Wednesday, Cruz was taken by soldiers after he getting wounded in a two-day gunfight between his rebel band and government troopers in remote Namal, Asipulo, Ifugao.
Cordillera police said Cruz’s Warrant of Arrest was issued on July 24, 2020 by Judge Corpus B. Lazate, RTC, Branch 2, Bangued, Abra for Rebellion under Criminal Case Nos. 2020-082 and 2020-076 with no bail recommended.
The arrested accused is still at Panopdopan District Hospital, Bannit, Lamut, Ifugao for medication. 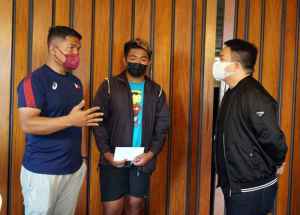 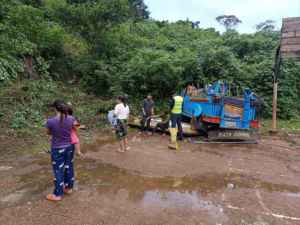