LAWMAKERS Eric Go Yap of Benguet and Maximo Dalog Jr. of Mountain Province on Monday filed House Bills 1047 and 1048 seeking to terminate the collection of toll fees along Kennon Road and Halsema Highway.

In their explanatory note, the solons said only the Cordillera Administrative Region has a national toll road now known as the Baguio- Bontoc Halsema Highway- Kennon National Toll Road comprising of three 3 toll gates found in Camps 1 and 6 both in Tuba, Benguet, along Kennon Road and the third one in Acop, Tublay, Benguet, along Halsema Highway which collects fees to motorists.

The house bills added the toll along Halsema and Kennon should have been terminated long ago with the passage of Republic Act (RA) No. 8794 on June 27, 2000, entitled “An Act Imposing a Major Vehicle User’s Charge on Owners of all Types of Motor Vehicles and for Other Purposes,” where the motor vehicle user’s charges are collected and deposited in special trust accounts in the National Treasury.

It added the trust accounts include the Special Road Support Fund and the Special Local Road Fund which are used by the Department of Public Works and Highways for the maintenance and improvement of primary and secondary roads throughout the country.

Although the collection of fees is suspended, Yap said abolishing the payment of tolls will help ease the burden of farmers, truckers, travelers, and tourists traversing both national highways.

Both house bills added with toll fees collected by virtue of Executive Order 34 and the motor vehicle user’s charges under RA 8794, which are both transmitted to the National Treasury, the road users of Baguio-Bontoc Halsema Highway toll roads are technically being charged twice,
mostly farmers from Benguet and Mountain Province transporting their agricultural products to the La Trinidad Vegetable Trading Post or directly to Metro Manila. 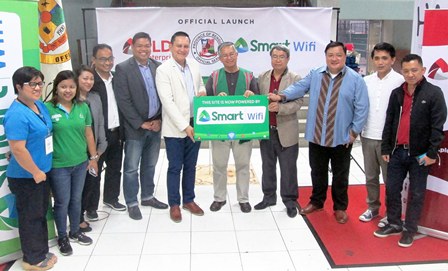