He was swabbed on October 15 and found positive, hence intubated on two days after but died on October 20. Accordingly, the final diagnosis confirmed COVID-19, acute respiratory failure, myocardial infraction and acute kidney injury.

The second death was a 65 male whose symptoms reportedly started on October 5, 2020 as fever and cough then swabbed as a close contact on October 15, prompting him to be admitted at the Baguio General Hospital and Medical Center. He however died on October 21 with final diagnosis as confirmed COVID-19, multiorgan failure and acute coronary syndrome.  He was hypertensive and diabetic.

While the third death was a 38 year old female admitted at private-run Pines City Doctors Hospital on October 18 as a case of hemorrhagic stroke, though she had no respiratory symptoms. She was scheduled for surgery, thus RT-PCR was requested October 21, and the result turned out positive for Covid 19 Thursday. She died at exactly 12:30pm. The patient was hypertensive. Of the 37 new cases, 28 were contact traced, 4 expanded tested, 3 symptomatic and 2 others either because of surgery or work. 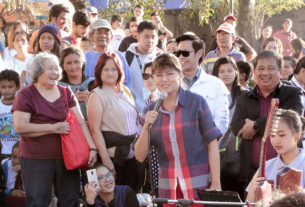