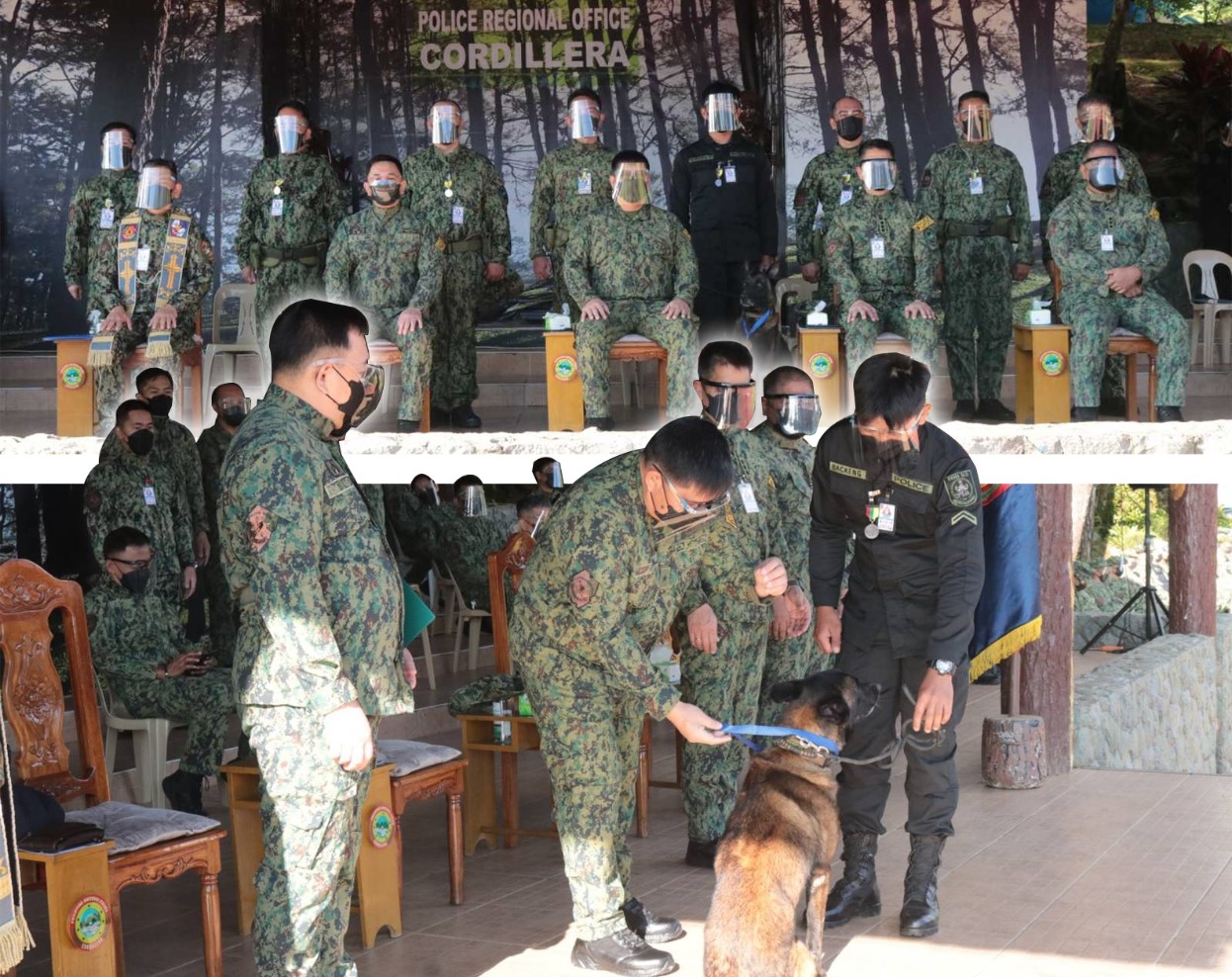 PROCOR Regional Director, PBGEN RONALD OLIVER LEE together with the members of the command group, personally presented the award and certicifate during the ceremony.

Zeus was awarded with Outstanding Service Medal and Certificate of Recognition for its outstanding performance as rescue dog which contributed immensely in the recovery of the two victims during a landslide at Antamok River, Loacan, Itogon, Benguet from August 17-20, 2021.

Zeus used to be an abused and severely malnourished dog before it was adopted and rehabilitated by Mr. Ruben Ventura and later on handled by Pat Cyrus Backeng. After undergoing K9 Search and Rescue training, Zeus was now among the SAR dog of PROCOR Regional Explosive and Canine Unit(RECU).