BAGUIO CITY (May 27, 2021) – Wanting to get perhaps a consensus, a general pulse or outright rejection, members of the Baguio City Council set a virtual or online public consultation on the proposed additional electronic bingo outlets in at least two locations here on June 4, 2021.

The consultation will however be mixed with physical presence at the Baguio Convention Center or at the Baguio City Hall multipurpose hall though live streamed also to ascertain the sentiment of the people on amusement gaming.

The public consultation will be done virtually to ensure that the city’s legislative body will reach a significant portion of the city’s residents. Earning an uproar, majority of the 14-member city council through two separate resolutions approved the request of a gaming and amusement corporation for the operation of two additional electronic and traditional bingo outlets.

Nine councilors favored while five councilors rejected. Baguio City Mayor Benjamin Magalong however vetoed the resolution. Some councilors also questioned the process asking how it was approved in a single session.

Among the options that were considered by the city council were to override the aforesaid veto, to conduct the required public consultation before acting on the matter, or to archive it.

The council also required the applicants to submit all pertinent documents issued by regulating agencies to support its application to address the issues raised like the companies’ alleged lack of legal documents. 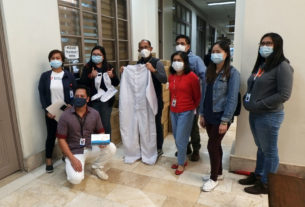