The Baguio Correspondents and Broadcasters Club Incorporated (BCBC) been at the forefront in helping members badly hit by the worldwide pandemic.

The BCBC is grateful for the aid in cash and in kind given by donors and supporters of the free media in the community which has enabled to the media club to aid the men and women in the frontlines delivering the news in this time when the truth has to be told.

BCBC partner newspapers, television stations, cable companies as well as radio stations have been working to bring the city the latest news, all day, every day, in these times where the need for information is great.

Cash sponsorship has totaled P239, 000 on the process of being distributed as a first wave of cash aid and to bankroll insurance for members in partnership with the Philippine Red Cross.

The BCBC membership stands close to 300 represented by its active members comprising the media men and women in television, radio and print media, who have not wavered to the call to serve the public despite the threat of infection.

Cash donors have responded to the call of the BCBC to give aid for members as well as prepare for the urgent emergency needs each may face in the this time of crisis, establishing an emergency fund on standby for members to access in case Covid 19 befalls.

Aid has been given to colleagues most in need which the media club has serviced for close to two months in terms of cash, food and personal protective equipment.

Each week, the BCBC distributes food packs to members and non-members comprised to rice and vegetables dividing whatever contributions to the general membership in a bid to augment personal needs of each member in the wake of the pandemic. 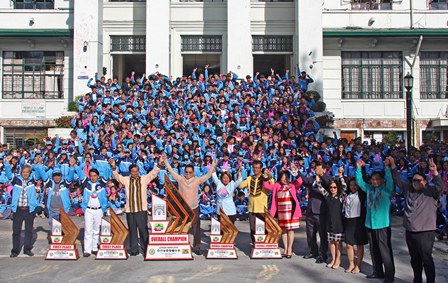