BAGUIO CITY (June 6, 2020) – Baguio City local lawmakers are wrestling control over public transport under the MGCQ versus the Land Transportation and Franchising Board (LTFRB).

Memorandum Circular No. 2020-17 issued by the LTFRB prescribes guidelines for public transportation mandating all public utility vehicle (PUV) operators to secure special permits from the board first before they can use their vehicles in ferrying passengers.   The MC also stipulates that public transport shall be allowed only in routes identified and approved by the Department of Transportation (DOTr) or the board.

In compliance with MC 2020-17, these 516 PUJs were also endorsed to the LTFRB-CAR for special permits.

The transport group in the city, however, raised numerous issues regarding the LTFRB’s mandates.   The requirements in getting a special permit from the LTFRB, according to the representatives of jeepney associations in the city, are “burdensome” causing delays in the acquisition of their special permits.

The transport representatives also became frustrated over the reported apprehensions and warnings received by several jeepney drivers who had not yet secured said permits.

With the expected surge of the number of commuters (with the easing of the quarantine restrictions), Baguio Councilors Michael Lawana and Mylen Victoria Yaranon see the necessity to increase the number of PUJs allowed to ferry the public.

Councilor Benny Bomogao, Chairperson of the Committee on Public Utilities, Transportation, and Traffic Legislation, earlier appealed to the LTFRB to allow all jeepney units to be given special permits in order to capacitate the City Government in coming up with strategic schemes that will address problems such as lack of jeepney units due to restrictions imposed by the board and fixed selection of jeepney units to operate all throughout the community quarantine period causing issues among jeepney drivers and operators.

Engr. Lalaine Sobremonte, Officer-in-Charge of the LTFRB-CAR, though had maintained that MC 2020-17 still holds water even under a downgraded or more lenient measure.

Hence prompting the Baguio City council passing a resolution (Resolution 333-2020) contesting the imposition of regulations of the LTFRB in the city brought about by MC No. 2020-17 on the grounds that the same only applies to areas under the GCQ and that Baguio is no longer under it.  “During the deliberation, it was manifested that MC 2020-17 of the LTFRB on the guidelines for public transportation for areas under the GCQ has already served its purpose and therefore the authority to control public transport is reverted back to the Local Government Unit by virtue of its police power in relation to the control and prevention of the coronavirus disease. This also means that the number of volume of public utility vehicles needed in each route to cater to the riding public should be determined by the city council and the BTTWG in coordination with the barangays,” the resolution reads.

The Baguio City council also passed another resolution (Resolution 332-2020) “declaring the normalcy of operation of the transport sector in the City of Baguio, particularly the PUJs with franchises, subject to the guidelines of the DOTr on physical distancing, capacity, and health protocols. 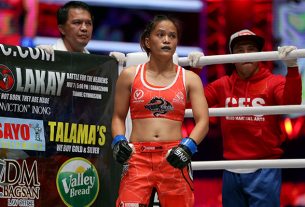