The City Council, during last Monday’s regular session, requested the management of the Benguet Electric Cooperative (BENECO) to seriously consider negotiating with its current power supplier, Tokyo Energy and Marubeni (TEAM) Energy Corporation, for a possible ‘win-win’ solution to mitigate the effects of the high power rates that was significantly affected by the movement in the generation charge, one of the so-called pass through charges of electric cooperatives and power distribution utilities.

Earlier, BENECO general manager Engr. Melchor Licoben appeared before the members of the city’s legislative body and explained that the sudden increase in the power bills of consumers in their August bill was an offshoot of the movement in the generation charge of the power supplier that was affected by the volatile prices of coal in the world market.

He claimed that based on the projections of power industry experts, the unpredictable buying price of coal in the world market will remain volatile up to the first quarter of next year before it will stabilize in the following months.

He added that the components of the generation charge of the electric cooperative’s power supplier include foreign exchange, buying price of coal and the prevailing consumer price index and what contributed to the drastic increase in the said charge is the movement in the price of coal in the world market which go to as high as $170 per metric ton.

The BENECO official disclosed that the management is in continuous talks with the power supplier seek for feasible ways to help in mitigating the effects of the sudden increase in the power rates of consumers which many sectors consider as untimely because of the heavy impact inflicted by the ongoing Corona Virus Disease (COVID) 2910 pandemic.

According to him, BENECO will immediately inform the consumers whatever developments will transpire in the ongoing negotiations of the management with the power supplier.

Licoben pointed out that as soon as the management saw the significant increase in the generation charge of the power supplier caused by the volatile buying price of coal, appropriate steps were undertaken to reach out with the TEAM Energy management where both parties had a preliminary meeting to explore mitigating the effects of the increased generation charge to the power rates being charged to consumers for them not to feel the impact of the said increase in their monthly power bills.

The council expressed hope that BENECO and TEAM Energy can immediately uncover feasible solutions to reduce the impact of the increased generation charge to the monthly power bills of consumers.

The body required BENECO management to immediately provide the city government with agreements reached between the two parties.

BALAI founder pushes for “slow but sure” reopening of tourism industry 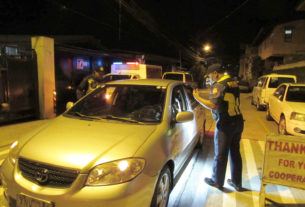