Baguio Rep. Marques Go comes to the rescue for the upgrade of the Baguio athletic bowl tracks as he sources out funding to improve and standardize the track which is two meters short of the standard 400 meters.

City administrator Bonifacio dela Pena said that Go has already sourced out 95 percent of the needed PhP50 million, or PhP47.5 million, to
redo the track which the City Sports Office said is short by at least two meters of the standard 400 meter.

“We are lucky to have the congressman finding ways to finance the project as the city tries to make all the facilities at the seven hectare sports complex follow international standards,” dela Pena stressed. That includes the six year old oval which was rubberized in 2015 and has since then a favorite place for running by fitness buffs. But the oval could not be host to host national or international events as it is short by almost two meters.

“We were supposed to host an international college meet in 2016 but then when we had the track measured, it was short,” narrated Paul Rillorta of the CSO.

Mayor Benjamin Magalong said that even the surface that has since then rubberized has deteriorated. “Rubberized tracks should be good for at least 10 years but it is only six years since it was constructed but then it has already deteriorated,” Magalong earlier said as he declared that it should be replaced.

Dela Pena earlier told the city council that all facilities to be put up at the Baguio athletic bowl should be of international standard naming both tracks and the swimming pool failing the mark.

The swimming pool has been under refurbishing since 2019, but works continue as the pool itself is short by a few millimeters.

“We hope to start works,” said dela Pena as he said that works on the PhP391 million Youth Convergence and Sports Complex will soon start.

“These are for our athletes,” added dela Pena, adding that with the new city sports code, athletes will now have the place to train in.

Meanwhile, former Baguio Rep. Nicasio Aliping, Jr. is not opposed to having the Baguio athletic bowl dismantled despite his efforts during his term to have it standardized.

“Without much ado, I welcome it,” said the former lawmaker who initiated the upgrade of the Baguio athletic bowl during his term from 2014-2016.

The formal opening of the rubberized oval was a fun fare with Aliping inviting seasoned runners for a friendly competitions where he even gave rewards after the run. 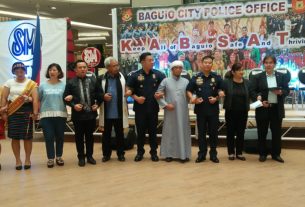 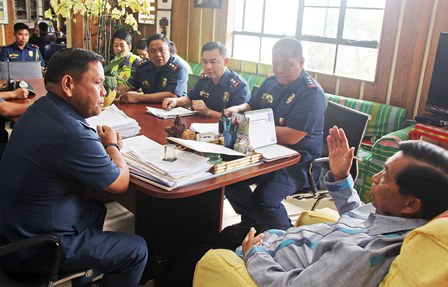