LA TRINIDAD, Benguet – The different natural and man-made attractions and tourist destinations in the province are still closed to tourists, Governor Melchor Diclas said on Tuesday. “We are not yet open, the municipalities have not opened their respective destinations to tourists from other provinces,” he said.

Diclas, however, said the municipalities have opened some destinations exclusively for the locals to enjoy and to break the monotony of the many months in isolation and quarantine due to the threat of the coronavirus disease 2019 (Covid-19).

Meanwhile, Atok Mayor Raymundo Sarac, in an interview on Monday, reiterated that his town also has not opened its borders to tourists. Atok is home of the Northern Blooms, a man-made garden attraction that features different flowers. The town’s Sakura plantation park is also among the areas visited aside from the beautiful flower gardens that are a result of the cold temperature enjoyed in the town. Atok is also host to the site of the Philippines’ highest highway system.

Mayor Armando Lauro of Tublay, in a separate interview, also said their Bengaongao cave, river parks and other destinations are still close. The same was said by Bokod Mayor Thomas Wales, noting that the Mt. Purgatory and Badekbek sulfur spring are only for Benguet residents. Mt. Pulag, the second highest peak in the Philippines, located in Kabayan town, is also still closed to tourists. 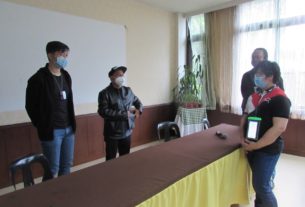