LA TRINIDAD,Benguet- Dozens of local transport cooperatives with members numbering to more than two thousand drivers will benefit from a soft loan to be provided as a financial assistance from the provincial government following the enactment of Benguet Transportation Code.

Paramount for public interest vis a vis the operation of public transport utilities, the amount to be applied shall not be less than Php 500K payable in five years at zero interest.

The financial package including other important provisions are contained in the ordinance known as Transportation Code of the Province of Benguet which was approved on its final reading by members of the Sangguniang Panlalawigan (SP) during their regular session held on Monday (July 12).

In an exclusive interview with Provincial Board member Juan Nazarro, Jr., Committee Chairman of Public Utilities, Transportation,Communication and Information Technology (IT) , who is the principal author of the said ordinance, the financial assistance to be extended by the province is specifically for the purchase of modern PUJ by a local transport cooperative.

Nazarro echoed that by April next year (2022), all running public transport utilities should have been modernized in line with the government transport modernization program.

”I am are very happy that the SP approved the ordinance. This is important because it is in relation with the public transport modernization program of the government,” said Nazarro, who thanked his colleagues for their support.

“With the code ,they (local transport groups) would be able to comply with the program. It will also favor the public who will ne riding with modern public utility jeepneys,” Nazarro said.

He explained that the assistance is subject to the terms and conditions of the Memorandum of Agreement (MoA) to be entered into between the Provincial Government of Benguet and Transportation Cooperative/Corporation.

FUNDING, IMPLEMENTATION
Nazarro has expressed confidence Gov. Mechor Diclas will sign into law the said code for its implementation. He proposed that transport group (referring to the Benguet Provincial Transport Association) should talk to Gov. Diclas and request for at least P20 million as initial fund. To avail the loan, there are requirements to be accomplished –like in the part of the financial committee, and Nazarro said that they will mandate the governor to come up with an executive order.

Nazarro has asked that requirements should be simple, pointing that 95 percent of these local transport cooperatives are newly organized and they don’t have experience.

“And because we are rushing the purchase of new transport public vehicle ,they should not be compared with the other cooperatives which they are required to submit track records to avail a loan,” Nazarro added. “Transport groups should be treated differently, we should help them because their service has something to do with public service, unlike the other cooperatives, its business,”Nazarro emphasized. “ We expect an increase of Internal Revenue Allotment (IRA) next year.I believe there is a sufficient funds to help the transport groups,” said Nazarro.

”Based on LTFRB records there are 37 registered transport cooperatives, multiply that with Php500k (soft loan) more or less equivalent to Php 17 million.” “Php20 million is doable.”

Records from the Provincial Treasurer’s office showed that the province’ share of IRA this year amount to Php1.283 billion compared to Php 1.197 billion in 2020. Also under the new code, it provides the creation of a Provincial Transportation Development Council (PTDC).

Transport groups are mandated to be organized and becomes a member of the council . With that, it will be an avenue for the transport group to raise their concerns – franchise, route plan and traffic, among others.

”Once they are organized, it will facilitate communications and technical training will be provided .It also a way of bonding among the transports groups toward a friendly competition.”

”Based on the transportation code, I foresee that there will be an improvement on the working relationship between transport groups and the government especially with law enforcement units for it will be for the advantage of the riding public,” Nazarro said. 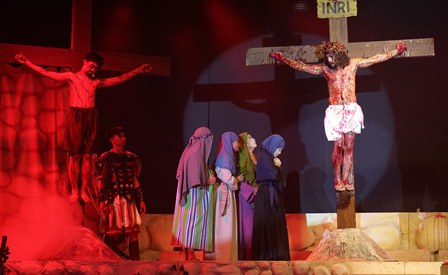