BAGUIO CITY – Most  Cordillera political  leaders are incorrigible in “hoping against hope” in the quest for regional autonomy despite President Rodrigo Duterte’s silence on the aspiration during his second State of the Nation Address (SONA).

Baguio City Mayor Mauricio Domogan is optimistic, “it doesn’t mean that he is not certifying it as urgent.” Right after Duterte’s SONA, Domogan’s spirits apparently turned low saying, “we will just wait and see what will happen next.”

Domogan, chairman of the Regional Development Council and chief promoter of the third bid of the region for autonomy, together with political leaders met with the President in Malacanan, July 18, and claimed to have gotten Duterte’s nod to make House Bill 5343 as a priority bill.

HB 5343 will be pushed as a legislative agenda by the Duterte administration alongside the Bangsamoro Basic Law (BBL), the President reportedly vowed during the meeting.

National Economic Development Authority-Cordillera director Mila Rimando, also advocating for the success of the third bid for regional self-rule, said even if the President did not mention Cordillera autonomy, “We are optimistic that we have better chances this time because aside from the President’s (promise),” she said, “the Cordillera leaders like congressmen, governors, mayors and directors have united to support the move towards autonomy and towards federalism.”

Rimando added that even the factionalized militia group Cordillera Peoples Liberation Army (CPLA) that broke ranks with the CPP-NPA in 1986 to forge peace with then Pres. Corazon Aquino that paved the way for Executive Order 220 creating the Cordillera Administrative Region (CAR) has united to support the campaign towards autonomy.

While Abra lawmaker Joseph Bernos lauded the President’s avowals, “it will be the best thing that will happen to the Cordillera once genuine autonomy will be passed into law.” Though it was not specifically declared by the President, he said, “It will be an urgent legislative agenda (of this administration).”

Bernos who co-authored HB 5343 with all six Cordillera congressmen also seemed dumbfounded with the President’s silence.

“There is still a future (for autonomy),” Kalinga Rep. Jesse Allen Mangaoang also said. He explained, “By saying BBL and saying IPs to form part of those who would look into the BBL and assuring CAR to be allotted one or two members of the 25 constituting the transition council is fine with us Cordillerans.”

“HB 5343 is listed as number 35 (in the legislative priorities),” Mangaoang said, “May pag-asa pa.  I am crossing my fingers.”  He vowed, “We will still try our best to push it at the Lower House.”

OPAPP Sec. Jesus Dureza, who was the guest of honor and speaker during the Baguio leg of the Cordillera Unity Gong Relay on July 14 here, promised Duterte would certify HB 5343 as a priority, claiming the government recognizes the wisdom behind the constitutional mandate for the creation of autonomous regions in Muslim Mindanao and the Cordillera, that is why the President wants the creation of the autonomous regions before aggressively pursuing federalism.

Ifugao Rep. Teodoro Baguilat Jr. also vowed he will still push for HB 5343 “as if it were an urgent measure.”  He though acknowledged, “it would be more difficult in this 17th Congress without that certification.”

He urged, “We need to reevaluate whether the majority of Cordillerans fully understand autonomy within or outside the context of federalism.”

Though personally, he admitted, “I think it can stand on its own merits. But without the concerted push from us leader, it will not prosper as an Organic Act.” One good strategy is to push for (autonomy) in conjunction with the aspirations of Muslim Filipinos, Baguilat added.

Baguio City lawmaker Marquez Go also doused the apparent “low morale” with the President’s silence explaining, “had it been certified by the President as an urgent measure,  it will still go through the usual deliberation processes except that it can be approved on third reading on the same day that it was approved on second reading.”

Go added, “(HB 5343) can be certified as urgent by the President at any time during its deliberation until it reaches the second reading.”

Meanwhile, Benguet Rep. Ronald Cosalan had remained “cold” since last week when news broke out that the President will certify the bill as urgent.

Cosalan, who had been perennially voicing out second thoughts on pursuing autonomy in the Cordilleras, said a leaders’ forum will be held (soon) to have a consensus whether to support autonomy or federalism. 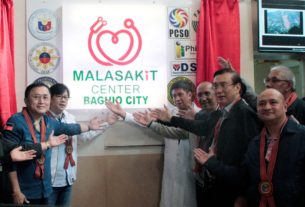 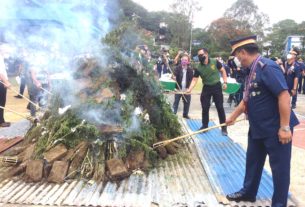 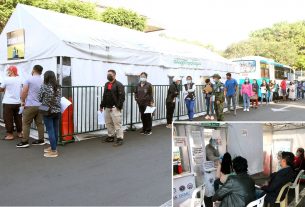