BAGUIO CITY (July 27, 2022)— A construction worker was pinned to death when a building being constructed collapsed as the ground shook Tuesday morning at Central Buyagan, La Trinidad, Benguet. This strong magnitude of 7.3 jolted Lagangilang, Abra, the earthquake epicenter, at around 8:43 am sending most residents into panic. The earthquake was also felt […]

Two farmers working on a community irrigation canal in sitio Tikop, barangay Karap, Bokod, Benguet were badly hurt after it collapsed when the strong tremblor hit northern Philippines at 8:43 AM Tuesday. Alfredo Coyos Boliquen, 60, and Pedro Vicente Camilo, 62, both from Karao, Bokod, were fixing their community irrigation system when the earthquake struck […]

BAGUIO CITY (July 22, 2022) – La Union province’s Sangguniang Panlalawigan’s Committee on Education has began to closely examine the case of John Rosaldo, a nursing graduate who was not allowed to go on stage during his graduation rites at the Lorma Colleges because of an “unprocessed graduation fee”, which went viral online. Thursday’s hearing […] 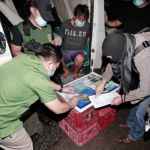 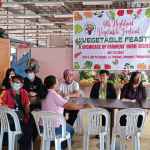 Metropolitan Bank & Trust Co. (Metrobank) bagged the ‘Best Bank in the Philippines’ award at the recently held Euromoney Awards for Excellence 2022, solidifying its strong position and reliability as the country’s second-largest bank. “A changing of the guard this year as Metrobank pushes aside other local banks to post the best numbers in a […]

BAGUIO CITY (July 16, 2022)—- The Communist Party of the Philippines (CPP) on Saturday flatly rejected localized peace talks being proposal by the revitalized inter-agency counter insurgency task force NTF-ELCAC, arguing that like its predecessor, (the task force’s) tact to hold peace talks at the local levels “are nothing but a smokescreen for psywar, pacification […]

BAGUIO CITY(July 16, 2022)— Baguio City, 32 years ago, and other areas of North Luzon knelt into rubbles after a magnitude 7.7  earthquake shook at past 4:00 PM. In commemoration,  Baguio City officials, together with heads and personnel of government line agencies renewed Saturday the great “vow of resiliency”, during and after disaster and calamities, displayed during […]