DepEd to assess geo safety of public schools in CAR 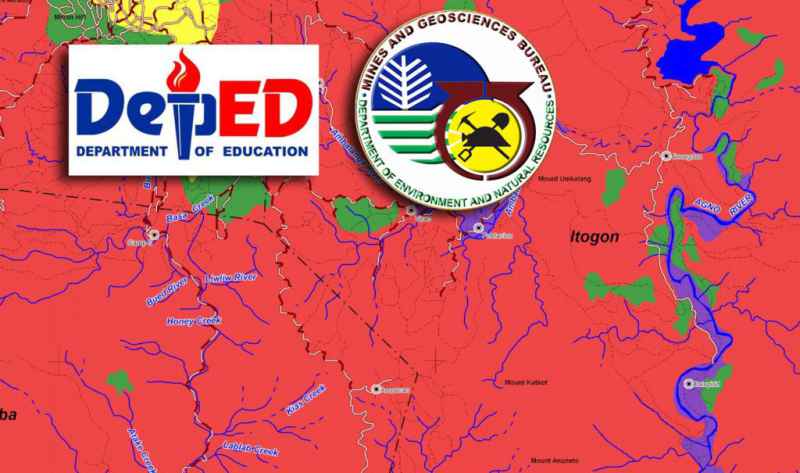 BAGUIO CITY – The Department of Education (DepEd) in the Cordillera is assessing the integrity and safety of public schools in the region after typhoons Ompong and Rosita barrelled through northern Philippines in the past two months.
“What DepEd-CAR (Cordillera Administrative Region) is doing right now is dis-aggregating the map, which will give us the exact location of schools in hazard zones,” DepEd-Cordillera Public Affairs Officer Georaloy Palao-ay said on Friday (November 9).
He said school district superintendents were told to instruct their division engineers to assess their respective areas.
Palao-ay said DepEd engineers will be guided by the new geohazard assessment report released by the Mines and Geosciences Bureau (MGB) in Cordillera on October 25.
The geohazard report was done following the onslaught of “Ompong” but before “Rosita” battered the region.
The MGB updated an earlier generated geohazard map of the different provinces and municipalities of Cordillera, after finding out that most parts of Itogon town in Benguet province are geologically hazardous for habitation, not only because of the town’s natural topography, but because of voids and cracks on and under the ground.
Identified as a geohazard is the ground where the Alejo Pacalso Memorial School stands. The school was used as an evacuation center for families affected by “Ompong”.
Palao-ay said the DepEd assessment on public schools’ integrity will be detailed.
From the MGB report, the DepEd will plot the exact locations of the schools. Inside each school compound, the specific area where the structures stand will be assessed to see their condition based on the age of the building, land condition, underground soil condition, and even the surrounding areas, which might also need some soil protection measures.
To be submitted to the national office, DepEd-Cordillera’s assessment report will include the status of the land, whether titled or untitled.
“We also want to identify the sites that are untitled, not just the hazard zones,” Palao-ay said.
He added that DepEd-Cordillera is just awaiting a memorandum of agreement to be signed with the Department of Public Works and Highways to help assess public school buildings and compound.
Earlier, DepEd Undersecretary for Administration Alain del Pascua, in a visit to Ifugao early in October, said that the department had ordered the conduct of the geohazard assessment of all public schools in the country as basis for plans to improve school facilities, including slope protection and strengthening of foundation, especially for schools in the Cordillera.
The schools would be relocated if needed, del Pascua said.
“We should relocate if the hazard cannot be addressed engineering-wise,” the education official said, especially if the engineering interventions to save the schools are more expensive.
He said relocation is feasible with the help of the local government unit, which can find safer sites. Pamela Mariz Geminiano, PNA / ABN