FARMERS IN HIGH SPIRIT FOR THE WET CROP SEASON

The intake gates of UCRIS were closed on October 29, 2022 as part of its precautionary measures to prevent overtopping of water in irrigation canals due to tropical cyclone Paeng. This wet crop season,
UCRIS has a total irrigated area of 14,546 hectares. To date, an estimate of 99 hectares are already harvested, 10,060 hectares are under the reproductive phase while 3,713 hectares are under vegetative.

In Apayao, the agency also reported that the intake gates of the West Apayao Abulug Irrigation System
(WAAIS) have been fully opened which signals the start of the Dry Crop 2023. The WAAIS targets to
irrigate 4,258 hectares in its service area in Pudtol and Luna in Apayao, and in Abulug and Pamplona in Cagayan. Meanwhile, the Conig Pinipin Salat Getena Creek- Kapangan Small Irrigation Project (SIP) Phase 2 located in Barangay. Central Kapangan is now complete, according to NIA-Benguet.

The project involved the construction of five reservoir tanks, with about 2 kilometers of of pipelines and 372 meters of canal. It is set to irrigate 24 hectares.In other developments, Filipinos’ bayanihan spirit once
again demonstrated after members of the Abra Irrigators Association (ARIA) District , and Quirino Libertad IA both conducted clearing within their irrigation canals following the devastating effect of Typhoon 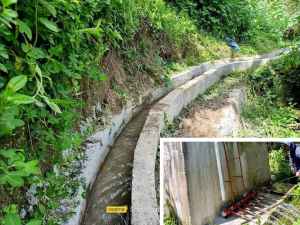