BAGUIO CITY – Abra Governor Joy Bernos began her work as Chairperson of the Cordillera Regional Development Council (RDC-CAR) with a briefing with the RDC Executive Committee on November 8, 2019. Governor Bernos acknowledged her expanded role, “Now, I am not just thinking about the development of my province but the whole Cordillera.

I hope we could work together for the development of the region”. Abra Governor Jocelyn “Joy” Valera Bernos was appointed as the Cordillera Regional Development Council Chairperson by President Rodrigo Duterte on October 28, 2019.

She is the first female appointed as Chairperson of the RDC-CAR since its establishment in 2001, according to RDC Vice-Chair and NEDA-CAR Regional Director Milagros Rimando. Rimando led in briefing the newly-appointed Chairperson on the functions and activities of the RDC. Together with the Executive Committee members, she discussed several projects of the RDC such as (1) regional plans and programs like the Regional Development Plan and the Regional Development Investment Program, (2) large scale project endorsement like the Chico River Pump Irrigation Project, and, the continued pursuit of regional autonomy through the Social Preparation of CAR into an Autonomous Region (SPCAR) program which is unique to the Cordillera region.

The RDC Chairman requested the committee members to present her with all the relevant information so that she can effectively function as the RDC chair. “I really need this briefing, although I was a member of the RDC for several terms, being the Chairman is different, as I will lead everyone”, she said. Governor Bernos also shared her vision of the RDC as an entity focused on development, emphasizing that “the aim of this body is for LGUs [Local Government Units] down to the barangay level to feel the help of the RDC”. 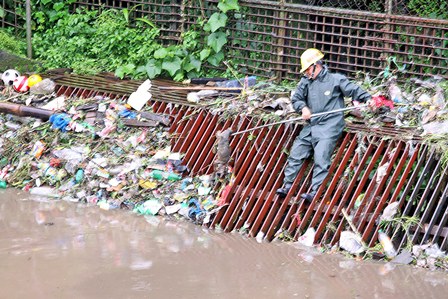