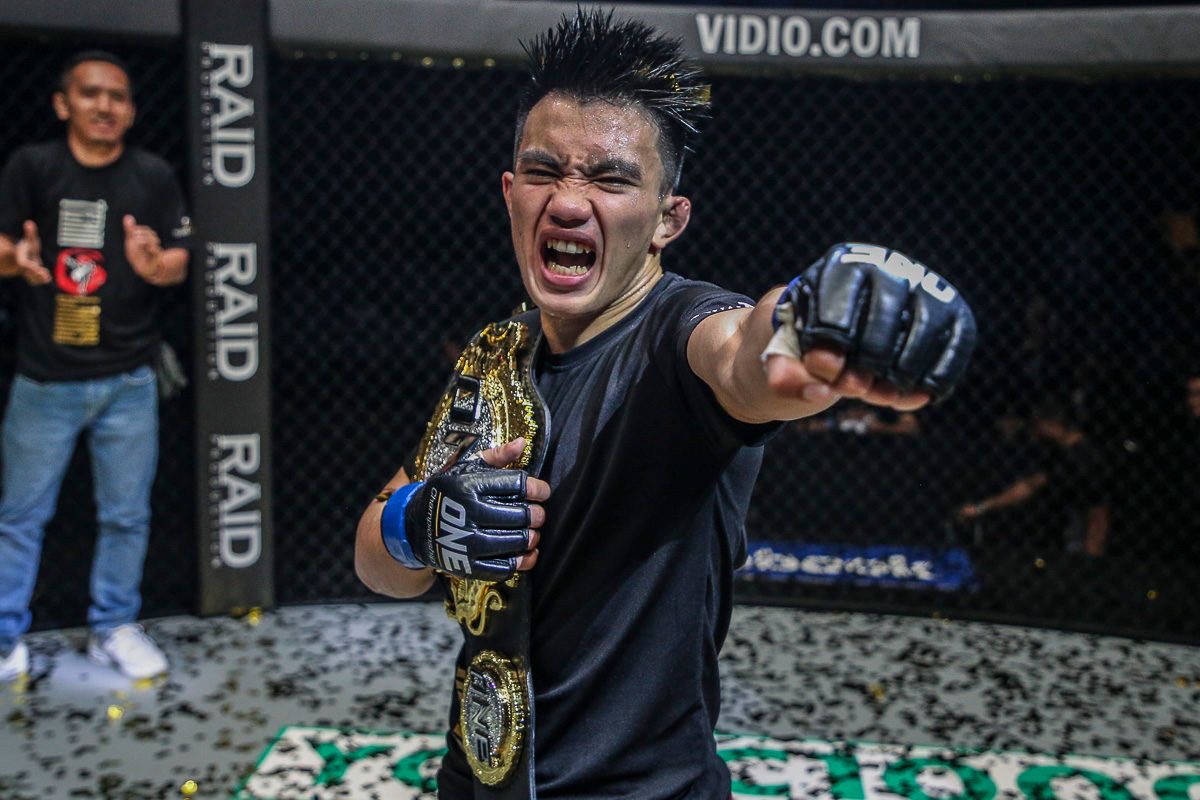 Share on Facebook Share
Share on TwitterTweet
LAST man standing is Joshua “The Passion” Pacio as he remains the only Filipino champion in ONE Championship.
But rather than be weighed down by the pressure, the reigning ONE Strawweight World Champion is taking everything in stride.
After all, the goal never changes for him whenever he steps inside the cage: to hoist the country’s flag high and proud.
“A lot of people are saying that I’m the only champion left for the Philippines. But for me, I don’t feel any pressure because that’s not what’s in my head right now.
Instead, I’m more focused on improving my skills and I’m more focused on what to bring next inside the ONE Circle,” he said.
Pacio has seen the highest of highs before when Filipinos were the toast of the town in the promotion.
It was in 2018 when five Filipinos held belts in ONE Championship — four of which under the Team Lakay stable.
Eduard “Landslide” Folayang headlined the honor roll after he won the ONE Lightweight World Championship.
Not far behind was Geje “Gravity” Eustaquio, who took home the ONE Flyweight World Championship, before being followed by Pacio with the ONE Strawweight World Championship, and Kevin “The Silencer” Belingon with the ONE Bantamweight World Championship.
That dream run built Team Lakay’s lore as one of the, if not the best mixed martial arts stable in the country.
Three years later, and after Brandon “The Truth” Vera’s defeat to Arjan Singh Bhullar to surrender the ONE Heavyweight World Championship at ONE: Dangal, Pacio is the lone Filipino who holds a belt on his shoulders in ONE Championship.
Times may have changed, but the 25-year-old said that having that glory run with his fellow Igorot warriors has truly taught him a lot.
After all, having that belt doesn’t just make one the top dog in the weight class, that also means that you have the biggest target on your back.
And it’s for the same reason that he’s not letting his champion status take away his hunger to continue learning from his elders as Pacio insisted that he’s still very much the same starstruck kid who was eager to learn in the Baguio-based stable.
“Back when I first joined Team Lakay, I was so proud that I was training with champions. And until now, every time I enter the gym, that feeling never changes,” he said.
“I still train with the champions. I still train with kuya Eduard, kuya Kevin, kuya Geje, kuya Honorio [Banario], and kuya Edward [Kelly]. For me they are still world champions until this day and they will forever be champions in my eyes.”
Still, pundits are already tagging Pacio as the new face of Philippine MMA as he scaled such heights at still a young age.
It’s a tag given to the likes of Vera and most recently, Folayang as they guided the sport to prominence and were the constant headliners of the numerous Manila fight cards.
Pacio certainly has inched close to that level, main eventing cards in the past, most recently at ONE: Fire & Fury when he successfully defended his throne with a split decision win over Alex Silva back in January 2020.
Heartwarming as those praises are, he thinks that he still has yet to reach his peak, noting, “I’m still young and I think I’m still far from the level of kuya Eduard or kuya Brandon.”
“I’m not on my peak yet. Give us three to five years more and you can see a very different Joshua Pacio. Right now, I’m more focused on honing up our game and growing even a single percent everyday.”
That’s why Pacio has no doubts that a similar gold rush may be in store for Team Lakay in the future, all the more with the next wave of up-and-comers led by him, Danny “The King” Kingad, Lito “Thunder Kid” Adiwang, Stephen “The Sniper” Loman, and Jhanlo Sangiao.
“I think being the lone Filipino champion in ONE won’t take very long because I’m confident that my teammates will be champions soon.
I still train under coach Mark Sangiao and I think that will preserve our spot at the top, plus we are all training with hungry young lions,” he said.
Watch out indeed. 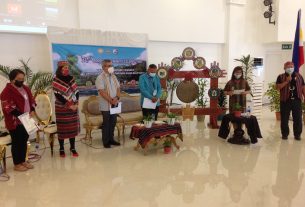 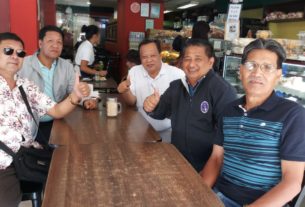