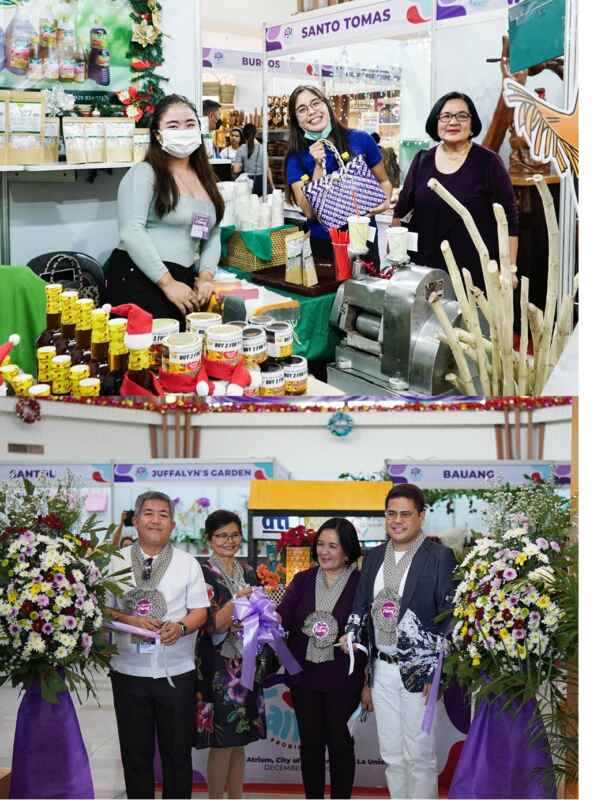 The booths of North Way Arts and Crafts and LGU Bauang were recognized as best booths in terms of design. Gov. Raphaelle Veronica “Rafy” Ortega-David expressed her support to all MSMEs, “I represent the whole Provincial Government of La Union in extending support to all MSMEs as we
conduct this year’s La Union Fairest which evolves in our battle cry: La Union PROBINSYAnihan.”

She also invited La Union residents and tourists to the trade fair, “To all my kaprobinsiaan, let us show that we are locals for LUcals, and to our dear tourists, our visitors, take home with you a taste of La Union from our products in this trade fair. Ipakita po natin ang ating pakikipag La Union PROBINSYAnihan by supporting our MSMEs.” The LU Fairest: La Union PROBINSYAnihan will run until December 14, 2022, thus, all Holiday shoppers are encouraged to visit the fair and support #TatakLUcal.