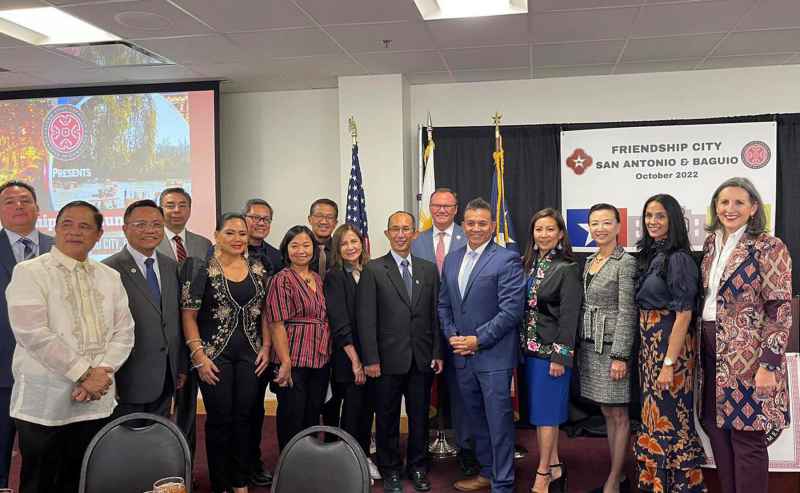 Mayor Benjamin Magalong has been conferred a special title as honorary mayor or “alcalde” of the City of San Antonio, Texas effective Oct. 20, 2022. San Antonio City Mayor Ron Nirenberg conferred the appointment which gives Magalong authority to “perform the duties of mayor if and when he is present within the city’s limits and at other times agree to tell the story of La Villita, its beauties, attractions and culture.” “You further agree to extol (San Antonio) as a place to live, worship and play,” the proclamation reads. Mileyvonne Tiamzon and Aileen Refuerzo