BAGUIO CITY – Benguet Electric Cooperative (Beneco) officer-incharge Engr. Melchor Licoben, who had been defying suspension orders by the National Electrification Administration (NEA) and Philreca partylist lawmaker
Presley de Jesus have been sued before the Ombudsman over alleged use of the electric cooperative’s resources in the
May 9, 2022 polls.

Licoben, embroiled in a power struggle over Beneco’s leadership with Lawyer Ana Marie Rafael, who in August last
year, was appointed by NEA as general manager, and Rep. de Jesus “collaborated and conspired to violate Section 95
(b) and (d) of Batas Pambansa Blg. 880 (Omnibus Election Code) in relation to the (NEA) Adsmintrative Memorandum Circular No. 2021-051 and Legal Advisory No. 01, series of 2021 and for violating Section 3(e) of
Republic Act 3019”, said Baguio resident Mary Grace F. Bandoy in an Ombudsman complaint on
August 8, 2022.

Both conspired to “cause the use of the cooperative’s facilities, equipment and resources to advance the political agenda of Philreca,” Bandoy claimed, adding, “in fact the Beneco headquarters at South Drive (in Baguio City)
was used as Philreca Partylist’s campaign headquarters, as if the same was Philreca’s campaign headquarters.”
Bandoy further complained that even employees of Beneco including Licoben defying election laws and NEA’s prohibition of electric cooperative’s employees to join partisan political activities, openly supported and participated in the said partylist’s activities and rallies of a presidential bet.

The use of Beneco’s resources to advance the political agenda of the said partylist “gave unwarranted benefits to the latter in violation of Section 3 (e) of the Anti-graft and Corrupt Practices Act, cited Bandoy. Philreca won a single seat
in the House of Representatives in the May 2022 polls with de Jesus as its first nominee. Licoben though claimed he
has not received a copy of the complaint but vowed to answer when he receives one while De Jesus has not replied for comment. Last year, former NEA administrator Edgardo Masongsong was dismissed from government service by the Office of the President after he was found administratively liable for grave misconduct when he approved electric
cooperatives board resolutions authorizing the contributions of funds for Philreca’s campaign in the 2019 elections. 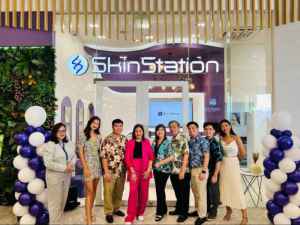