The National Electrification Administration (NEA), the supervisory arm of the government over all electric cooperatives in the country, was cited for inaction for not plugging the leadership impasse at the Benguet Electric Cooperative (Beneco) that has dragged for more than a year now. Sagip party list Rep. Dante Marcoleta during the House Energy Committee meeting on Monday raised NEA’s apparent light-handedness in dealing the Beneco leadership row since the former installed lawyer Marie Rafael as general manager of the electric cooperative in August last year, but had since been defied by a faction of Beneco led by erstwhile assistant general manager Melchor Licoben, that according to the lawmaker had been affecting Beneco’s operations.

Marcoleta earlier sought the House Committee on Energy to probe the lingering leadership row at Beneco and likewise sought the House of Representatives to examine alleged corruption at the electric cooperative. The lawmaker during Monday’s House Committee hearing where NEA representatives as well as both Beneco faction’s representatives including Rafael and Licoben said, he was bothered on how NEA had been managing the leadership row for so long while getting affirmative replies from the electric cooperative supervisory body that indeed it has installed Rafael though defied by Licoben rendering the impasse for over a year now.

An obviously irked Marcoleta also chided how NEA have been handling the issue on Beneco at the heels of the incoming confirmation of Energy chief Rafael Lotilla, who chairs the NEA Board of Administrators, before the Commission on Appointments where the lawmaker also sits. Lawyer Vic Alvaro, NEA Legal Services Office Department Manager, speaking in behalf of newly designated NEA Administrator Antonio Mariano Almeda during Monday’s Energy Committee inquiry, though assured that the latter has promised to plug the Beneco leadership row as soon.

“In fact, he just ordered a financial management audit on Beneco and he is waiting on our auditors to wrap up their present assignment in the electric cooperatives and he will set an audit to Beneco the soonest if not between this month.” An earlier NEA audit had cited various observations of fund misuse at the Beneco including some fund misappropriations approved by the cooperative’s Board of Directors prompting their 6-month suspension including Licoben and other management level officials.

Last Monday’s Energy Committee hearing on Beneco, a continuation of the legislative body’s probe on alleged anomalies at the electric cooperative, was also attended by Isabela lawmaker Inno Dy who thanked the NEA for acting on the alleged corruption at the Isabela Electric Cooperative (Iselco) and has manifested support on the initiatives by Rep. Marcoleta in weeding out corruption within electric cooperatives in the country. 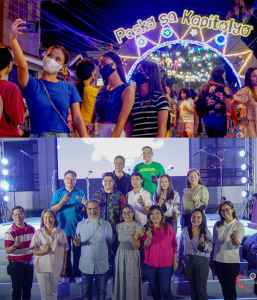