PERSONS WITH DISABILITY IN LA UNION EMPOWERED THROUGH ABILYMPICS 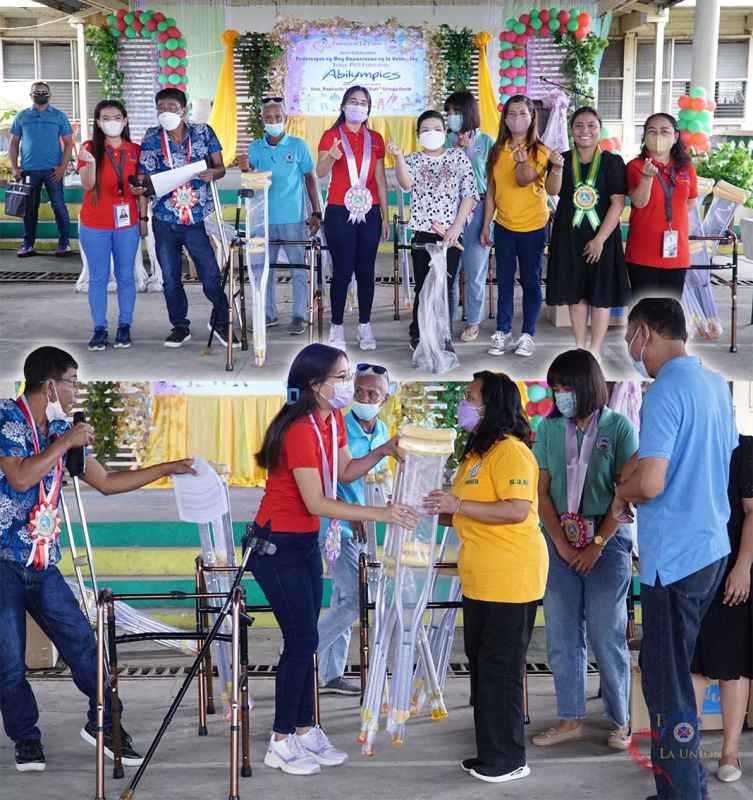 With the aim to improve the vocational capabilities of persons with disabilities (PWDs) and to help them reach their highest potential, the Provincial Government of La Union headed by Gov. Rafy Ortega-David, through the Provincial Social Welfare and Development Office, in collaboration with the Pederasyon ng May Kapansanan ng La Union, Inc, (PMKLU), conducted the La Union Abilympics on October 20-21, 2022 at Sama Centennial Arc, Tubao, La Union.

In the said activity, 60 beneficiaries from the different municipalities of La Union were awarded with assistive devices. 3 beneficiaries came from Agoo; 5 from Aringay; 3 from Bacnotan; 1 from Bagulin; 7
from Bangar; 10 from Bauang, 2 from Naguilian, 8 from Rosario, 5 from San Juan, 4 from Sto. Tomas and 10 from Tubao. A Financial Assistance amounting to Three Hundred Thousand Pesos institutionalized under Ordinance No. 374-2022 was used to buy the assistive devices.

In her message, Governor Rafy commended the members of the PMKLU for their continued efforts and active role in the province. She further acknowledged that people with disabilities are talented in many
different work skills and should be offered equal opportunities. She encouraged them to participate and broaden their horizons and be active in #LaUnionProbinsiyanihan, which is geared towards nation building.

As part of the Abilympics, the PWDs demonstrated their remarkable talents as 14 participants vied for Mr. and Ms. PMKLU 2022, the first ever pageant for PWDs of La Union. Mr. Jym Dale Pedere of Santol and Ms. Lucila Giron of Balaoan bag the title Mr and Miss PMKLU 2022, respectively. For the Best in Outfit category, Ms. Vilma Munar of Agoo won the female category while Robert Rimando of Naguilian bags for the male category.

Cristeta Magpali of Bangar and Mr. Jym Dale Pedere of Santol won Best in Talent. A basketball game was also conducted to show that disability is not a hindrance for them to expose their skills. Abilympics, a showcase of the remarkable talents of people usually described as “disabled” was organized in Japan in 1981 during the United Nations International Year of Disabled Persons.