BAGUIO CITY – The Philippine Statistics Authority (PSA) in the Cordillera Administrative Region (CAR) has requested its central office for the extension of the door-to-door taking of demographics of residents for the Philippine identification system (Philsys) registration and serve those who are not capable of going online on their own.

Villafe Alibuyog, regional director of the PSA-CAR, on Friday said they have a pending request with their central office to allow them to continue assisting residents to register for the Philsys Step 1. The director said the door-to-door proves to be helpful and will benefit more residents in the region as proven by the experience during the pilot registration from January to April 2021 wherein they were able to beat their target for the Step 1 with residents not encountering problems with internet connectivity and availability of gadget for registration.

PSA-CAR registered 534,350 from January to April 30, which is 140 percent higher than the 380,460 target. Alibuyog said there were 12 barangays assisted here for the door-to-door preregistration that included Irisan which is the biggest in terms of population; Bakakeng Central, Loakan Proper, Pinget, Sto. Rosario Valley, Crescencia Village, Asin Road, Camp 7, Kias, Dontogan, Fairview Village, and Mines View Park.

In Step 2, biometric information of the registrant like fingerprints, iris scan, a front-facing photograph and validation of supporting documents at the registration center is done. After the completion of Steps 1 and 2, the national ID of the individual will be delivered to the address of the registrant for free. Alibuyog said that in the Cordillera, people’s reception to Philsys is good.

“Maganda ang reception ng mga taga Cordillera sa national ID system (Cordillera people have good reception to the national ID system),” Alibuyog said as can be shown by the accomplishment. She said that in villages, residents queue to avail of the registration activity. Signed into law by President Rodrigo R. Duterte in August 2018, Republic Act 11055, or the Philippine Identification System Act, aims to establish a single national ID for all Filipinos and resident aliens.

The national ID shall be a valid proof of identity that shall be a means of simplifying public and private transactions, enrollment in schools, and the opening of bank accounts. It will also boost efficiency, especially in dealing with government services where people will only need to present one ID during transactions. 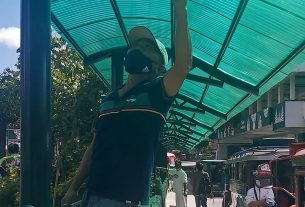