Councilor Joel Alangsab is requesting the Baguio City Police Office (BCPO), the Public Order and Safety Division (POSD), and the concerned barangays to assign personnel to check on the practices of volunteer taxi barkers at the taxi stands along Abanao Street, along the Baguio City Public Market, and other areas at the central business district.

In his resolution approved by the city council, Alangsab said that some residents in the city have taken to social media to express their disappointment about their “harrowing” experiences while queuing at the taxi stands along Abanao Street and the city public market because of unauthorized taxi barkers who reportedly do not observe the “First Come, First Served” policy.

Alangsab relayed that there are instances where a barker disregards the queue to let a person get a cab ahead of those in front of them.

This completely violates the “First Come, First Served” Ordinance of the city, he said. Under Ordinance Numbered 25, Series of 1990 as amended by Ordinance Numbered 122, Series of 2019, the “First Come, First Served” policy is imposed in transactions such as paying taxes and purchasing tickets as well as when entering public utility vehicles such as buses, jeepneys, taxis, and the like.

The councilor said that the barkers should only assist the people queuing at the taxi stands but should not decide who gets to ride first or who gets to ride next. He further stressed that these barkers were not authorized by the city government. Copies of the resolution have been forwarded to the BCPO, POSD, and the concerned barangays for information and appropriate action. 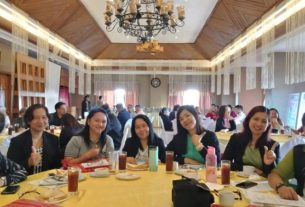