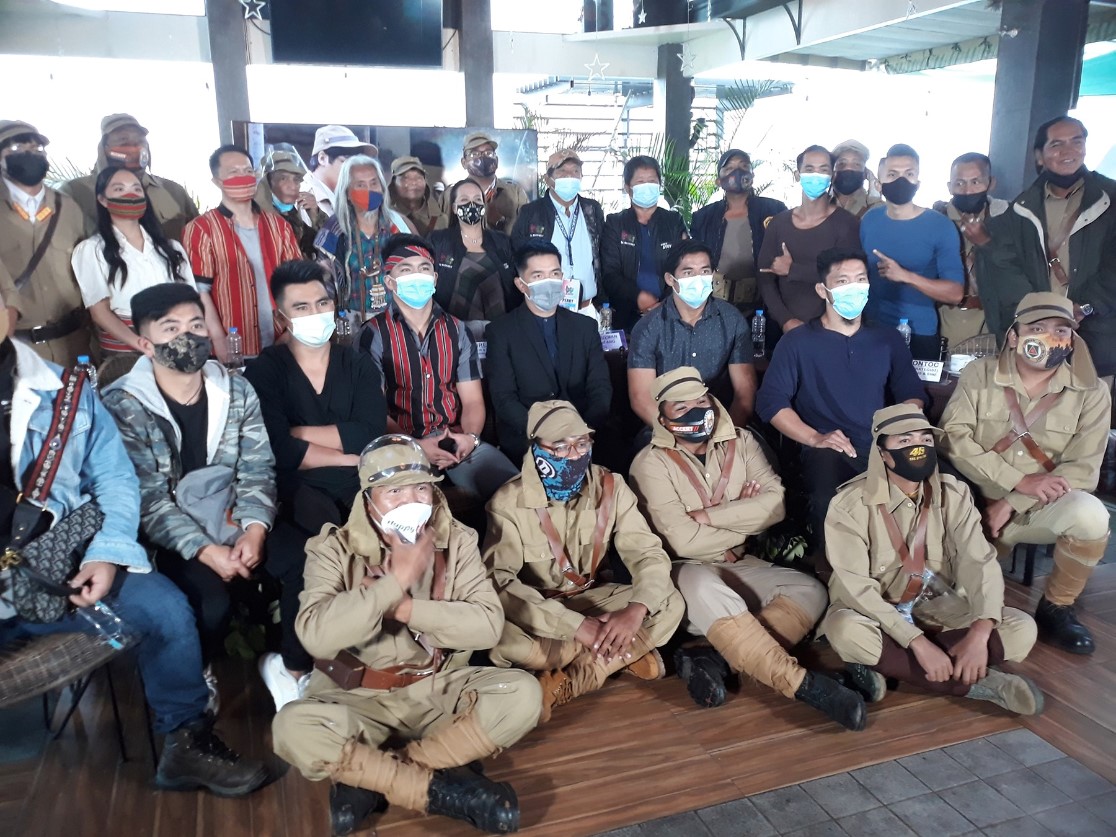 Photo shows the cast, directors and producers of this P5M movie which showcase the true warrior spirit of Cordillerans.

The movie was presented during a press conference held last July 20 at City Lights.

This historic film was announced during a press conference led by local entrepreneur and Cordilleran Jennylyn Delos Santos- Floresca, the director and executive producer of Be Unrivaled Productions and Sine Cordillera.

The event was held on Tuesday (July 20) at CityLight amid intermittent heavy rains and strong winds.

The activity was marked by the presentation of the cast led by Mark Neuman, playing the role as General Wakai; Dexter Jaimee Tapoa (LIbnos) “The Face of Sine Cordillera”; radio anchorman and artist Peter Wasing as Col. Hiro; Bardilleranz (Cordilleran artists and Pilipinas Got Talent finalists among others.

The other cast in the P5-million movie include members and world titlists of Team Lakay headed by Mark Sangyao, and national artist Eric de Guia “Kidlat Tahimik”.

According to Direk Jianlin, the film presents the authentic cultures of Cordillera, pointing that it took them six months in researching. Direk Jianlin was inspired to produce the film so as to bring positivity through the film, and display Cordilleran’s courage fighting for justice and freedom inspired.

The singing minero—Cordilleran Azur Altaki and Kurt Jeo Solar, actually set the mode for the historic day by singing the heart-touching theme song of the film in native dialect. 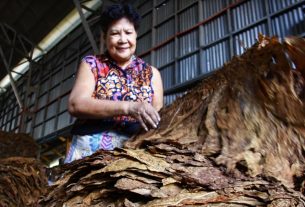 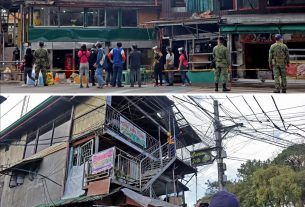