A 50-year old male health worker from the Baguio General Hospital and Medical Center compound and a 35-year old female from Middle Quezon Hill were added to those being treated for the disease.

The active cases could have been 11 today, but a patient was discharged, hence 10 active cases from last week’s single digit count.

Only on Thursday, the city’s 55th case, also a 50-year old female from San Luis Village, was recorded.  He was symptomatic, said Mayor Benjamin Magalong.

On Wednesday too, a 29-year old female nurse from Saudi Arabia was added.  She reportedly arrived in Manila on June 30 and returned here on July 4 after testing negative in her swab test in Manila.  She was swab tested on July 14 at the BGHMC after developing symptoms while on home quarantine.

At least four areas in the city have been placed on lockdown — P. Burgos, Holy Ghost Extension, Andres Bonifacio and San Luis Village (Puroks 5,6) as a measure to hasten contact tracing and contain the spread of the disease. 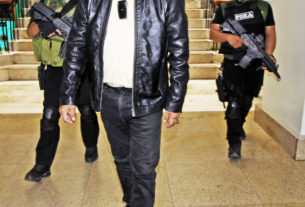