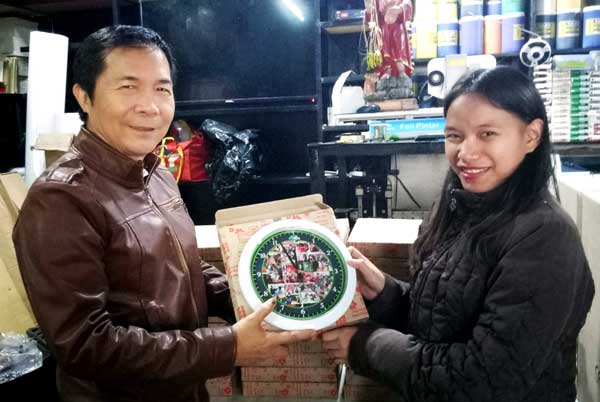 BAGUIO CITY – Approximately 63 percent of beneficiaries – or 2,617 out of 4,110 – who availed of free eyeglasses in the wellness program spearheaded by retired Philippine National Police Director Benjamin Magalong have already received their free eyewear.
This was aside from another 648 out of 1,483 – or another 44 percent – of those who availed of free dentures who have already been final fitted and received theirs as of this week.
It may be recalled in an earlier news article that a total of 23,564 residents from all 128 barangays have already benefitted in the over two months that the wellness program had been going the rounds of Baguio’s 20 districts.
Just after a few days from its launching last November 19, the series of medical, dental and optical outreach missions has elicited a snow-balling clamor for its replication in communities still unserved by the group of volunteer doctors, dentists, nurses, and grooming practitioners under Medikalinga, a non-government organization of wellness and good health service dispensers.
As of last January 16, Magalong’s volunteer caravan had already covered 128 barangays, serving a total of 23,564 individuals in the wellness project that dispenses free medical consultation and minor surgery, dental services including free dentures, eye examination and free eyeglasses, and free medicines for various ailments and sicknesses, as well as free grooming and massages.
This was made up of 6,556 adult medical patients, 5,291 pediatric patients, 181 minor and medium surgical patients, 1,044 dental extraction patients, 1,483 patients who were given free dentures, 97 patient who underwent optical operations, 123 optical patients who were given free medicines, 4,110 who were given free eyeglasses, 2,184 who availed of free massages and another 2,266 who availed of free haircuts.
Conducted in close coordination with barangay officials, the volunteers dispense free services in strategically chosen covered basketball courts nearest the various barangays in a particular cluster as District Centers.
Residents who have been served in the wellness sites expressed their thankfulness that such a medical mission has been done in their barangays.
According to Ding, a resident of Quezon Hill, he had been experiencing headaches every time he reads but could not afford to buy eyeglasses for himself because whatever money he has goes to the pocket money of his children when going to school. “Ngayon, malaki na ang ginhawa ko dahil hindi na sumasakit ulo ko kapag nagbabasa dahil sda libreng salamin na naibigay sa akin,” he pointed out.
Panching, 84, a resident of Camp 7, thought at first that she was only to be given a free medical check-up when she availed of services at the wellness program. How happy she was when she found out that also the medicines were also given free of charge.
PR