ENGR. ELISEO G. LAGMAN TAKES OATH AS NEW MEMBER OF THE BWD BOARD OF DIRECTORS

Engr. Eliseo G. Lagman took his oath of office as a full-fledged new member of the Baguio Water District Board of Directors before Mayor Benjamin B. Magalong in a simple ceremonial rite in the presence of the District’s top level Management at the BWD Office on January 12, 2023. Engr. Lagman will represent the Professional […]

BAGUIO CITY The Department of Health in the Cordillera Administrative Region (DOHCAR) on Thursday said it has adopted the coronavirus disease 2019 (Covid-19) control strategy to curb dengue as the region recorded over 15,000 cases last year. Alexander Baday, an entomologist of the DOHCAR, said in an interview that the Prevent, Detect, Isolate, Treat, Reintegrate […]

BAGUIO CITY The digital age ushered in a new era not just for ordinary people but also for persons deprived of liberty(PDLs) as it enabled them to connect with their families while behind bars. For ‘Redman’ (not his real name), a 40-year-old inmate at the Baguio City Jail Male Dormitory (BCJDM), the ‘edalaw’ program of […] 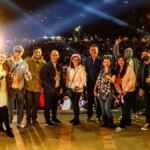 City Mayor Benjamin Magalong along with his wife Arlene and his staff led in the New Year’s eve countdown at the Melvin Jones Grandstand football ground on December 31, 2022 Some Baguio residents also joined the city local officials in welcoming the Year 2023 and witness the city fireworks in the park. Photo contributed by […] 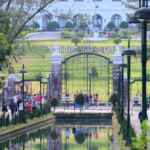 The reflection pool area was closed effective January 6, 2022, until further notice to give way for the rehabilitation and installation of fountains by the City Environment and Parks Management office. Photo by Neil Clark Ongchangco 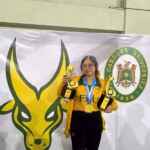 Mhage Sebastian completed a stellar 2022 by leading the Far Eastern University – Diliman Baby Lady Tamaraws to the gold in chess, while also earning the Most Valuable Player plum in board one. She recently represented the country in the 20 under World Junior Chess Championship in Sicily, Italy where she finished right smack in […] 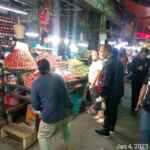 The POSD team accompanied Baguio City Mayor Benjamin Magalong along with Treasury Department, and BCPO in his surprise inspection at city market last January 04, 2023. The Mayor pointed out some area’s in the fish, rice and hangar sections to maintain cleanliness and sanitation. the Baguio City Fire Department had flushing activities at the fish […]