BAGUIO CITY Sin-Agi artists are ready to turn over the eight by 100 feet Climate Action Wall along Legarda Road and eye to do so on February 1. Sin-Agi convenor councilor Leandro Yangot, Jr. made the announcement after personnel of the Baguio Fired Department and University of the Cordilleras police interns at the Baguio City […]

BAGUIO CITY Nearly five years after its creation, the Baguio City Pubic Information Office Facebook page has a population bigger than the city. With more than 2,000 new ones in the two weeks after the New Year, the PIO wall has more than half a million followers as the city’s media arm intensifies its drive […] 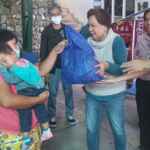 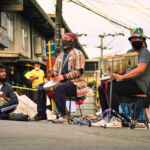 A group of buskers performing at the Sunday Showcase at Session Road, Baguio City. Contributed Photo 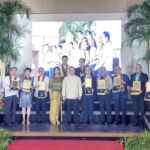 ANOTHER FEAT FOR MAYOR MAGALONG

Mayor Benjamin Magalong is among the 38 awardees of the University of the Philippines (UP) Gawad Oblation award. This particular award is given by the Office of the UP President to recognize UP alumni and friends (individuals, organizations and institutions) who have rendered extraordinary service or contribution to UP. It is the “highest honor UP […]

Baguio City will mark Zero Waste Month with activities geared at enhancing people’s awareness of strategies on how to reduce if not avoid wastes to address the city’s problem on garbage management and on a larger scale, the resource depletion and climate crisis. The activities will be spearheaded by the city through the City Solid […]

BAGUIO CITY A University of Baguio student topped this year’s criminologist licensure examinations even as two schools – one in Benguet and one in Baguio – are among the best performing in this year’s exams where only 30 percent of the 33,489 examinees passed. Narcilisa Talipnao finished on top of the 11,098 passers after garnering […]

The City Council, during last Monday’s regular session, approved on third and final reading a proposed ordinance declaring every October 5 as Teachers’ Day in the city, institutionalizing the Outstanding Teachers Awards and appropriating funds for the said purpose. Under the ordinance, in sincere recognition of the essential role of teachers for their dedication and […]