BAGUIO CITY A total of 91 rural health units (RHU) and a private facility have qualified to become primary health facilities under the Universal Health Care (UHC) system, the Department of Health (DOH) in the Cordillera region said Thursday. “The reforms of the Universal Health Care includes licensing of primary health care facilities, which in […] 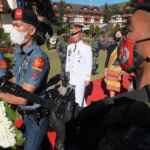 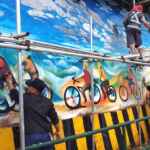 Wigan Lopez Nauyac uses a mop to apply soap on the 100 foot long biking mobility mural which will be launched and turned over to the city late afternoon of February 1 to also start the celebration of Arts Month. Members of the Baguio Fire Department and University of the Cordilleras police interns at the […] 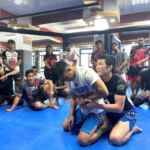 BAGUIO CITY Former world chess champion Anatoliy Karpov is coming up to Baguio City on February 1, 2023 for a brief halfday visit that includes a personal appearance at the Baguio Convention Center for a chess engagement with local chess aficionados led by the Baguio Chess Club. Mayor Benjie Magalong welcomed the brief but meaningful […]

BAGUIO CITY The City Government of Baguio has forged a partnership with four medical organizations in an effort to curb the increasing number of people developing complications due to Type 2 Diabetes, Hypertension, and Dyslipidemia. The Baguio City Council, last January 9, granted Mayor Benjamin Magalong the authority to enter into a memorandum of Agreement […]

BAGUIO CITY Mayor Benjamin Magalong has warned the public against transacting with scammers or fixers promising slots in the Market Encounter and Session Road in Bloom activities of the Baguio Flower Festival. The mayor said reports were received on some unauthorized groups and individuals brokering for slots in the popular Panagbenga events and preying not […]