Ifugao has been declared under modified enhanced community quarantine after local officials requested the Inter-Agency Task Force and Emerging Infectious Disease (IATF – EID) that it be included due to the unusually high case of Covid-19 infection this month. Presidential spokesperson Harry Roque Friday made the announcement of including Ifugao thus joining Abra as
among the Cordillera provinces to be under such status along with the National Capital Region, the Southern Tagalog provinces of Bulacan, Rizal, Laguna and Cavite and Quirino and Santiago City in the Cagayan Valley.

The shift to a stricter status will be until May 14, IATF Resolution 113-A added, even as the rest of the Cordilleras will be under general community quarantine. The IATF resolution further instructed local government units for “the improved implementation of engineering and administrative controls, especially ventilation standards and action against crowdings and gatherings in areas.”

The IATF – Abra, meanwhile, will conduct an active community testing from May 4 to 8 and will be conducted in the municipalities of Lagawe, Asipulo, Lamut, Kiangan, Hingyon, Banaue and Alfonso Lista.

Ifugao Gov. Jerry Dalipog, who made the request, said that 4,500 individuals will be the target in the five day ACT that will start at the Lagawe Central School and Caba Open Gyms in Lagawe on May 4 with 1,000 persons as target, May 5 at the Municipal Gymnasium Ifugao State University – Main Campus Gym, Lawig Barangay Hall and Senafe SAF Base in Lamut with 1,000.

On May 6 it will be at Asipulo with 500 as target and swabbing will be done at the Muncipal Gym, Amdutong Barangay Hall and Haliap Gymnasium.

Swabbing will be done at the Municipal Gym. On May 8, 500 local government unit employees, Philippine National Police personnel, market vendors, public school teachers and close contact of Covid positive individuals will be swabbed at the open gym, amphitheater and Rural Health Unit in Alfonso Lista.

Dalipog said that 40 swabbers form the Office of Civil Defense will assist in the five day ACT. The OCD has also approved the recruitment of 100 contact tracers which he requested.

On Thursday, Ifugao had the most number of new Covid cases with 143 of the 399 logged by the Department of Health – Cordillera. The province has 2,737 confirmed cases, the fifth most in the region. Of these, 580 are active and the third most in the region after baguio and Benguet, respectively.

Cordillera confirmed cases now stand at 30,052, more than 10,000 cases were recorded for the month of April. 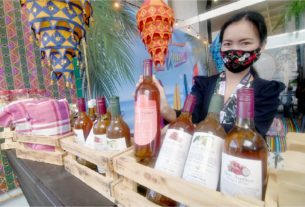