ILOCOS NORTE ELECTS ITS FIRST EVER IP PROVINCIAL BOARD REPRESENTATIVE

Ilocos Norte elected its first ever Indigenous Peoples Mandatory Representative (IPMR) to the Sangguniang Panlalawigan (SP). Cheryll Borromeo Tabangay, a child development worker in Nueva Era town was selected by the majority of IPs with 78 votes. Her closest opponent, Mr. Lorenzo Padama, a Yapayao from Barangay Kalaw of Dumalneg, garnered 63 votes. In accordance with the National Commission of Indigenous People’s (NCIP) mandatory law to have IP representatives in local government boards, Ilocos Norte’s first IPMR was chosen through an open nomination process.

The members of the Indigenous Peoples Selection Body then stood behind the candidate they had selected. The representation of indigenous communities in the highest legislative body of the province has been a priority of Governor Matthew Marcos Manotoc. Among Manotoc’s earliest Executive Orders was the
creation of a health council to specifically address the medical needs of indigenous communities, particularly in farflung areas which he signed in 2019.

During the recent Executive-Legislative Agenda Workshop of the Provincial Government, Manotoc
reiterated the urgency to elect an IP Representative to the Provincial Board. Moreover, Vice Governor
Cecilia Araneta Marcos, who was present during the IPMR election on November 15, expressed her contentment and welcomed the first IP representative under her helm.  Following the selection of IPMR at the provincial level, Atty. Jesus Agbayani, Provincial Legal Officer of NCIP, said that the NCIP will transmit the result to the NCIP Regional Office, which will then issue a certificate of affirmation, before Tabangay can formally take her oath with Manotoc. 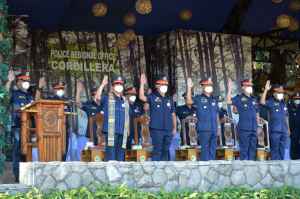