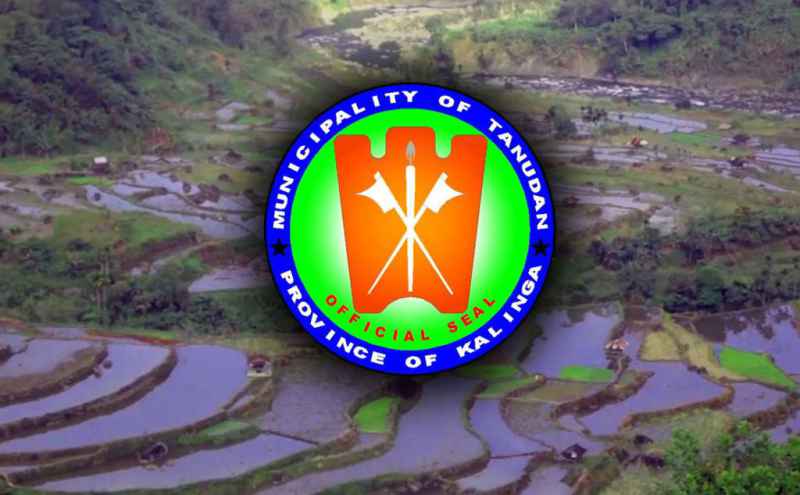 TABUK, KALINGA – The municipality of Tanudan in this province is asking the help of the National Irrigation Administration and other offices of the government, including samaritans, to help them restore their damaged communal irrigation system (CIS) to avoid the further damage to rice plants ready to be harvested within the month and in December.
“We want to prioritize the fixing and providing of emergency temporary irrigation system for the rice farms that survived typhoons Ompong and Rosita,” Tanudan Mayor Johnwell Tigganay said in the Ilocano dialect during an exclusive interview on Monday (November 5).
He said several rice farms in Upper Tanudan, particularly in barangay Lubo, were spared from the havoc wrought by typhoons Ompong and Rosita.
Ompong alone destroyed over P1 billion worth of agricultural products and rice plants in the province.
“We hope to save the spared rice plants which are due to be harvested this month and in December. They need to be watered but the irrigation facilities were damaged,” Tigganay said, adding “we badly need to prioritize the emergency temporary irrigation facilities,” and prevent additional agricultural damage to Kalinga, the rice granary of Cordillera.
TWO SCHOOLS CONDEMNED
The two schools in Tanudan municipality that went underwater at the height of typhoon Rosita on October 30 have been declared unsafe for school children.
Mayor Tigganay said they have advised the Kalinga District Office of the Department of Education (DepEd) that the Dacalan Elementary School in barangay Dacalan and the Lubo Elementary School in barangay Lubo have been condemned for the safety of about 350 school children in both schools.
Dacalan Elementary School has a population of about 200 students from grades 1 to 6 while Lubo Elementary School has about 150 students.
The mayor said that to prevent the disruption of teaching, they have recommended the temporary use of the day care center, barangay hall and covered courts as well as the women’s centers in Tanudan.
In the morning of October 30, Dacalan elementary school was submerged in water after the nearby Tanudan River swelled due to heavy downpour brought about by Typhoon Rosita (international name Yutu).
Residents then started to move out classroom chairs and other school equipment to save them from being washed away in the deluge.
At about 2 p.m., the Lubo Elementary School, was also submerged.
Kalinga is located in the northern part of Cordillera, adjacent to Cagayan and Isabela provinces, which were also in the expected path of Rosita.
“We are glad the river did not wash away the bridge that connects the school to the main part of the mountain,” said Bonifacio Bongabong, barangay captain of Lower Lubo, in an exclusive interview on Sunday (November 4) in his barangay, which this writer was able to reach by tagging along with personnel who airlifted relief goods.
The school is located on a plateau surrounded by the Tanudan river.
He said residents attempted to save school equipment but to no avail.
“This is the worst flooding that we experienced here. Usually it was just up to the knees but now it brought the whole school under water,” the barangay captain added. Jesse Maguiya, PNA / ABN