Members of the tourism industry have asked Mayor Benjamin Magalong for the opening of city borders to tourists requesting the latter to reconsider the imposition of Executive Order 121 extending the implementation of the heightened general community quarantine status of the city where restrictions and suspension of non-essential travel to the city.

In a letter addressed to Magalong last October 1, stakeholders from the tourism sector asked the mayor to soften his stance on border restrictions saying that they are the most affected by the prolonged quarantine status brought about by the pandemic.

The city remained under GCQ with heightened restriction status by the Inter- Agency Task Force as the surge in Covid-19 cases due to the
Delta variant continue until the end of the month. The city logged more than 7,000 cases for the whole month of September and Magalong
admitted that this may continue this month prompting them to impose more restrictions.

The letter signed by officers and members of the Hotel and Restaurant Association of Baguio said that even their cash reserve have been depleted due to the prolonged crisis.

They wrote: “We have terminated majority of our workers and maintained a few number to do basic maintenance tasks for our properties as to neglect our properties will cost more.”

They said that they only get measly revenues from local patrons and it is “almost not sufficient to pay for utilities, insurances, labor, permits, taxes and other governmental assessments, etc.”

The group admitted that they are now taking loans as they “have now reached the point of painstakingly struggling for our sustenance and survival.”

Taking cue from the medical sector’s report that 90 percent of cases are those that remain unvaccinated, the group appealed for the “re opening of non-essential travel to the City at soonest possible time,” possibly within the month.

The closure, the HRAB said and in consideration of implementing containment measures, may affect their survival since the last three months are the most preferred period for tourists to travel to the city.

They wrote: “the longer the travel ban lasts, the more difficult it gets for us to survive taking into account that the last three months of the year are the most preferred months of the City for travelers.”

The HRAB members proposed eight measures to not put the safety and welfare of the community at risk, among which is to allow only those who are fully vaccinated and must present their vaccination identification cards; that establishments accredited by the local government unit and the Departments of Tourism and Health will be allowed to operate if they are compliant with the health and safety protocol.

Their member-hotels could plan for promotion leaning to “bubble” concepts of accommodation. Another recommendation is for partially vaccinated and unvaccinated locals can only come out of their residence in cases of emergency.

Only fully vaccinated individuals can use public transports like taxis, jeepneys or buses, enter supermarkets and malls as well as be allowed in venues for the holding of family affairs like weddings, birthdays or anniversaries and corporate gatherings as long as the minimum health protocol is observed.

Drivers that are not vaccinated are also not allowed to ply their routes. Police and barangay officials are also tasked to check vaccination cards of tourist sites, public transport drivers and those who leave their residents.

The group added: “We believe that the tourism industry of the City will likely feel the negative impacts of the crisis for much longer than other economies due to its seasonal nature.” They said that the people of the City have suffered enough and the nearly two years under the pandemic may cause further economic backlash thus the need to allow non-essential travel to soften the impact as long as measures will be adopted.

They added that people now must co-exist with the virus “and rebuild travel confidence that even if it is a high-risk place, the City has stringent protocols to control the contamination.

The mayor said during a recent Ugnayan at the Baguio City Hall that he must strike a balance between the economy and maintaining restrictions. 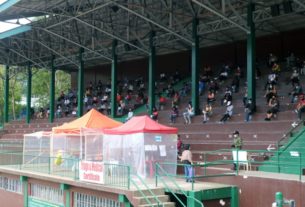