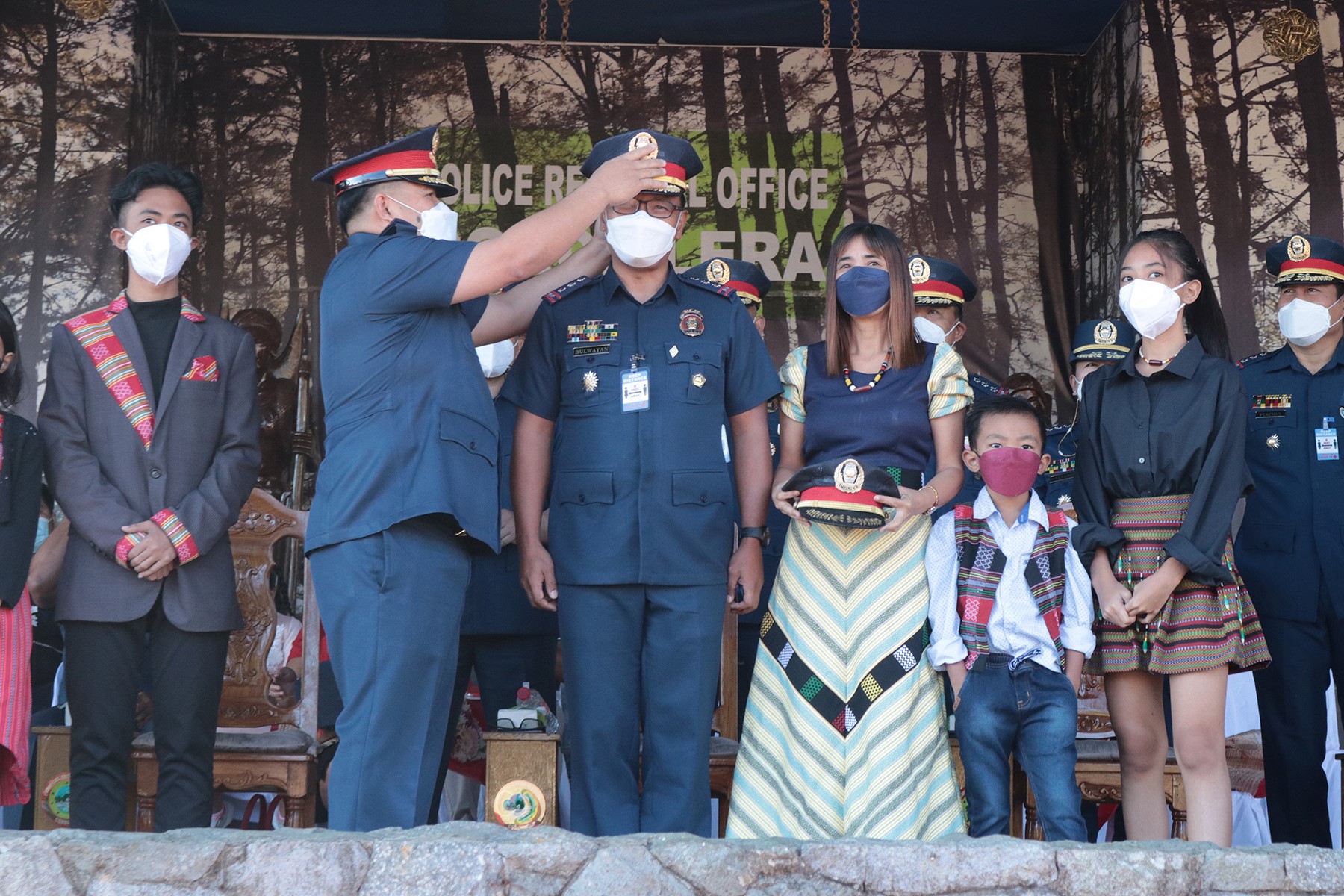 During the ceremony, PMAJ Geraldine Aydoc, the Assistant Chief of RPRMD, read the promotion order then PBGEN RONALD OLIVER LEE, PROCOR Regional Director, administered the oath-taking and donning of ranks of PCOL BULWAYANJR.

In his message, PCOL BULWAYAN JR. said that this particular promotion was the most difficult one he had albeit, it is the most inspiring and covetous promotion in his entire career.

“Any further promotions are just an icing to the cake”, he added.

Of his 25 years in the service, PCOL BULWAYAN, JR. mentioned that he always trusted in the process and believed in the system until he reached the position he has now.

As a newly promoted officer, PCOLBULWAYAN, JR. added that his humble accomplishment will serve as an instrument of ensuring better service for the people of Cordillera and will remain steadfast in ensuring a higher level of morale and welfare of all personnel.

PBGEN LEE lauded the promoted officer and his family.

“Your promotion is the fruit of your commitment, sacrifices, and dedication to your sworn duties”, PBGENLEE said.

“I am confident that you will do more for the PNP Organization, and most of all, I expect you to be more active in upholding the rule of law especially in this coming election for an orderly and peaceful election”, PBGENLEE added.