Avila is one of the 23 political candidates nationwide whose COCs were deemed not filed and therefore invalid in Comelec en banc’s minute resolution issued on March 29, 2019.

In a press conference on April 5,Avila and his camp said the decision is not final and that they will bring the matter up to the Supreme Court.

Avila argued that while Comelec may act on its own on such case, it must notify the concerned candidates in a hearing, a requirement guaranteed by the Constitution and the Comelec Rules of Procedure.

“I was therefore deprived of due process,” Avila said, who described April 2 when he received the resolution as a “sad day”.

He explained that when he filed his COC, he filled up the proper form which was verified and checked by Comelec Baguio Election Officer John Paul Martin and who observed no defects on the COC. “As such, the COC was admitted and given due course.

We have substantially complied with the requirements of the Comelec,” Avila said. He vowed that he will file appropriate actions to challenge the resolution within the prescribed period.

“We urge our supporters to stand strong as we will address this challenge. Tuloy ang laban!” Avila said.

Meanwhile, Mayor Mauricio Domogan, who is running for Baguio City Congressional seat also aired support to Avila claiming that the “he (Avila) fully complied with the Comelec rules and at the end, still we will fully support Councilor Avila to be the next city Mayor”. 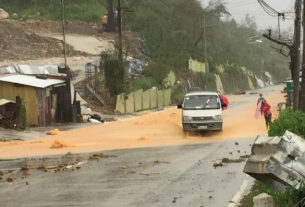