To start plugging the over a year old leadership squabble at the Benguet Electric Cooperative (Beneco), the National Electrification Administration (NEA) on Wednesday installed a Task Force to lead the cooperative “in addressing its deteriorating operational and financial performance.

Almeda speaking beside Baguio City Mayor Benjamin Magalong, the latter earlier supporting Engr. Licoben hoped, “these developments will bring back stability to Beneco’s operations”, as he called on member-consumers “to support these developments as all of these have been taken for their
benefit.” He though warned to all those who see to take advantage of their positions and of the member consumer owners, “there will be no sacred cows under my watch”.

The NEA Administrator also cited a moto propio case (NEA Admin Case no. 14-10- 21) lodged against the members of the Beneco Board and responsible officers after adverse findings and
observations by the NEA Financial and Management Audit covering the period 01 January 2018 to 31 December 2020. According to the NEA, Task Force Beneco is tasked to promulgate, pass and approve board resolutions and policies; oversee the operations of the cooperative; review its governance and policies and pratices and instituted reforms; obtain and encourage commitment
building from EC leaders, officers and employees and stakeholders; conducted assessment with stakeholders to resolve operational and management issues and concerns; and perform other
functions as required by NEA.

Members of the TF are: Steve Cating, a representative of the business sector as chairperson and
Lawyer George Dumawing representing consumer and professional sector; Rodolfo de Guia representing the religious sector, Dr. Elma Donaal representing the academe/education sector and
Joaquin Depalog Jr. from the agricultural sector. Cating and Rifani will be signatories in the
issuance of checks, withdrawal slips and other banking transactions with all the cooperative’s depository banks.

All actions, decisions or resolutions of the TF however, will be subject to the confirmation of NEA, Almeda said, while expenses incurred by the TF will be charged to the funds of Beneco but subject to usual auditing and accounting procedures of the cooperative. In reaction, Atty. Rafael was, “surprised, bothered and bewildered by the sudden turn of events” tagging the basis of the revocation of her appointment as “contrived” and instead blamed NEA “for failing to act on its own Orders and Memoranda and to turnover the premises of Beneco to me hence, the Performance
Management Contract cannot be implemented property and the Key Performance Standards met”.

Almeda in his January 10, 2023 recall and revocation order to Rafael cited the latter’s “evident failure to meet the NEA Key Performance Standards” and also refered to the regression of Beneco as a Category B electric cooperative from Triple “A” in 2019’s NEA’s EC Overall Performance Assessment. “The regression of Beneco was prompted by the varied unliquidated funds and
corruption issues besetting (it)”, Atty. Rafael barked, blaming, “these issues came about after the assumption of (Engr. Licoben) without appointment, as I have not been able to take full charge of
Beneco facilities, equipment and funds.”  She promised, she will take all legal remedies against Almeda’s orders. Engr. Licoben meanwhile appeared to have been indisposed as efforts to take
his reaction remained futile.  The other 10 Beneco Board of Directors affected by the NEA actions also have remained indisposed. 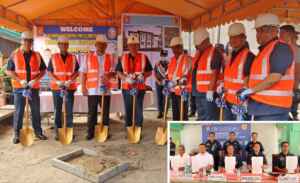