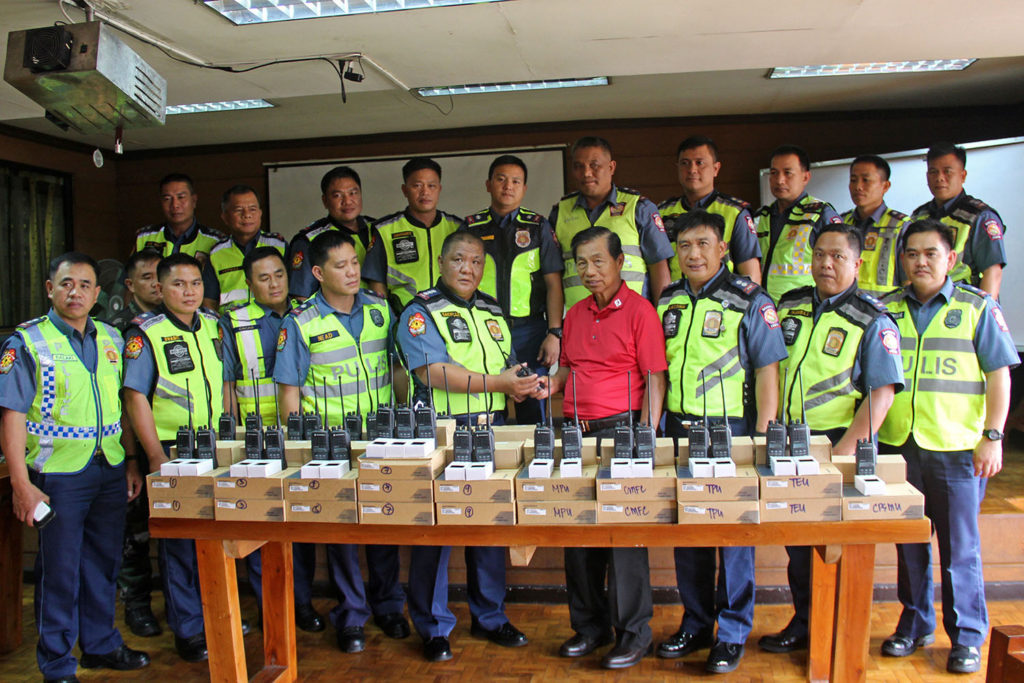 Mayor Mauricio Domogan hands over 30 sets of Motorola hand-held radios with battery chargers and 60 extra batteries to city police director PSSupt. Ramil Saculles while police station commanders look on during simple rites. The complete set of handheld radios with accessories worth P1.439 million was donated by the city government of Baguio to augment the police capability in maintaining peace and order which is a part of the P40 million allocated for the Baguio City Police Office this year. BONG CAYABYAB 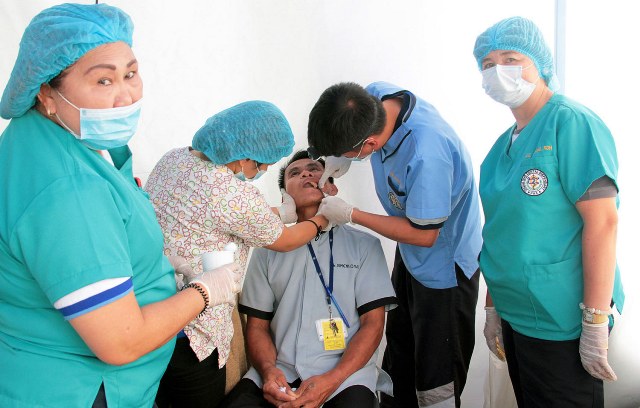 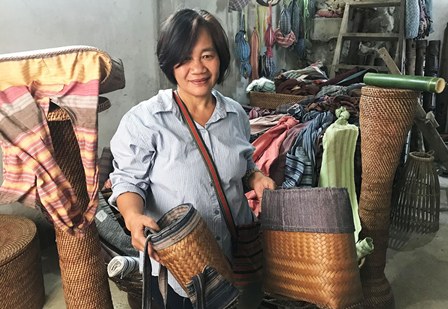 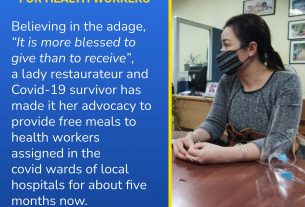