3 of Team Lakay fighters, including “The Graceful” are among the best lookers of the ONE Championship for the year 2022, according to Conan Daily. The adjudged 13 best lookers had at least one fight for the year 2022 where Stephen Loman was the best placed member of the Team Lakay at eighth place making him not just the typical brawn male but also one of the best lookers in
the MMA organization which features also Muay Thai, kickboxing and submission grappling fights.

Loman was also considered by many as the country’s top MMA fighter this year after his dominant
performance against former many time bantamweight king Bibiano Fernandez who he defeated in November 19, last year. Loman is on a three game winning streak in ONE as he was also accorded by a publication as the breakout MMA fighter of the year.

Jenelyn Olsim, meanwhile, is 10th among the most beautiful female fighters. Olsim, like Eustaquio, lost during her last outing in the ONE Prime Video 5 in December 3 last year, has vowed to make
a return. She also competed in vovinam last year in the Southeast Asian Games. Topping the list, which includes six Americans including those with Asian ancestry, is Ekaterina Vandaryeva, 31, of Belarussia who competes in the strawweight in both Muay Thai and kickboxing.

Japanese Itsuki Hirata, 23, is second and followed by 20 year old Lea Bivins. Both see action in the strawweight division. Ranked fourth is 33 year old Vietnamese American Bi Nguyen, followed by another American Janet Todd, who at 37 is the oldest in the list. Danielle Kelly, another American is at sixth, followed by Estonian Marie Ruumet, American Amber Kitchen, 23, and Indian Nepalese Asha Roka. Fil-American Jackie Buntan, who competes in strawweight in both kickboxing and Muay Thai is 11th, followed by female top player Angela Lee, of Singaporean descent but US based, at 1th. The 13th spot is occupied by Malaysian Jihin Radzuan. 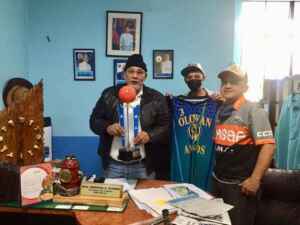