Irisan remains the region’s most populated barangay, Pico in La Trinidad as second while Bulanao Centro in Tabuk, Kalinga is the fastest growing barangay, the Philippine Statistics Agency announced recently.

Irisan remains to be the most populous village of the region’s 1,178 barangays after registering 36,562 souls, the PSA’s 2020 census showed.
Barangay Pico in La Trinidad, Benguet claims second place after docking 25,790 in the latest survey while Bulanao Centro in Tabuk City is running third with 21,522 denizens.

PSA undersecretary Dennis Mapa reported that Tabuk’s most populated barangay has a population that is equal to the total of Tinglayan and Tanudan towns of said province.

Barangay Balili, also in La Trinidad, Benguet is running fourth with 17,756 residents while Camp 7 is now the second most populated barangay in Baguio with 13,875 which eased past Asin Road from third, 10 years ago.

Asin Road moved a notch lower with 13,823 residents, followed by Bakakeng Central with 13,092. Poblacion, La Trinidad is eighth with 12,695, followed by Loakan Proper with 12,006, while Ampucao in the mining town of Itogon, Benguet completes the 10 most populous villages with 10,924 residents.

Tabuk City is now the second most populated town/city in the Cordillera after La Trinidad with 121,033 souls, or 52.2 percent of Kalinga’s
population of 229,570. Mapa added that Kalinga is the fastest growing province in terms of population with an annual growth rate (PGR) of
1.62 percent from 2015 until 2020.

Tabuk City is the third fastest growing area in Kalinga with a 1.91 percent PGR during the five year period, higher than the regional average of 1.65 percent and the province’s 1.62 percent.

PSA – Kalinga chief statistical specialist Maribel Dalayday said that due to the Covid-19 pandemic, the 2020 survey was conducted on September 20202 when it was supposed to be done on May of the same year.

Despite the difficulties posed by the pandemic, they were able to complete the census and thanked the local and national officials, government agencies, local government units, media, private agencies, and non-government organizations for their support.

Cordillera accounts to only 1.65 percent of the Philippine population, Mapa noted. Benguet remains to be the most populous LGU with 460,683 residents, followed by Baguio, the only urbanized city, with 366,358. Abra comes in third with 229,570 followed by Kalinga. 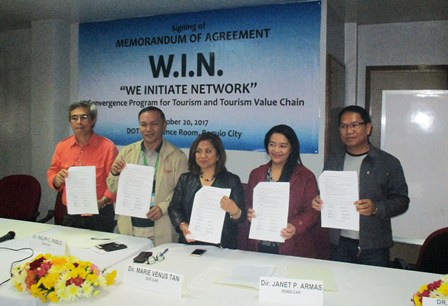