The route of the gong relay will start in Tabuk City; then to Luna, Apayao; Bangued, Abra; La Trinidad, Benguet; Baguio City; Bontoc, Mountain Province; and Lagawe, Ifugao before returning to Tabuk City.

The relay will span 7 days starting July 9 and ending on July 15, the Cordillera foundation day.

A media Kapihan, to be led by PIA Cordillera will be held on June 26 to drum up support for the celebration, and address the development concerns of the region.

A fellowship night and fashion runway show will once again be held on the day prior to the culmination. Kalinga fabrics will be on full display this year given the recent implementation of traditional weaving in the Kalinga K-12 curriculum.

The fashion runway show was well received last year for its unique take on showcasing Ifugao fabrics and modern Ifugao designers and weavers.

The culmination on July 15 will begin with a parade of all those who participated in the gong relay. Another returning feature is DTI Cordillera’s KAPEtirya which showcases different coffee blends from all over the region.

Consistent with the theme of this year ’s celebration, the Infrastructure Committee will also highlight the infrastructure gains of the region centered on the Cordillera Roads Improvement
Project (CRIP), which contributed to the significant improvement of the Cordillera peoples’ quality of life.

July 15, 2019 is a Monday and it is expected to be declared a special non-working holiday in the Cordillera region. 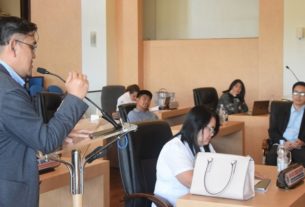