Revolution is ripe because “the entire country sits on top of a social volcano that is constantly
rumbling and ready to explode,” the Communist Party of the Philippines insists on the occasion of its 54th founding anniversary on Monday. The CPP Central Committee emphasized that it is “just and necessary” to wage revolution amid the Marcos regime’s “brutal war of suppression” and “worst forms of fascist terrorism.”

In its anniversary message, the CPP detailed the conditions in “military hamlets” in rural areas where entire communities are under military rule. It said people who refuse to bow to the military are “subjected to arrest, torture and extrajudicial killing.” People are “being driven to fight back.”
Dismissing the Philippine military and defense department’s claim that NPA guerilla fronts “is now down to five” as “ludicrous”, the CPP said, “the declarations of the AFP of strategic victory against
the CPP-NPA is a public relations line to justify before the people the five years of squandering hundreds of billions of pesos of people’s money to fund its relentless military offensives and rampant military abuses.”

Although the CPP acknowledged the underground armed movement has suffered setbacks and losses in some parts, “these are mainly caused by “internal weaknesses and errors”, it is “fully confident”, it said, “that is can gain unprecedented strength, lead the revolutionary movement in the Philippines to steadily advance in the coming years and achieve victories much greater than ever before.”

The CPP leadership, which according to the AFP, has considerably weakened and near collapse after the death of its founding chairman—Jose Maria Sison – from a debilitating illness from exile in The Utretch, The Netherlands on December 14, 2022, directed the NPA “to heighten guerrilla warfare, expand its territories, deepen the mass base through a widescale land reform movement, and launch tactical offensives to take away the enemy’s weapons and arm more NPA Red fighters.”

It also called on the NPA to launch ambuscades and raids, as well as special operations against the AFP, while it also called for “raising the level of the mass movement in the cities and urged workers
and other toiling people, students, professional and ordinary employees to organize their ranks and link up with the national democratic movement.” The CPP Central Committee showed confidence
“its dedicated cadres will continue to successfully lead the revolution and push its steady advance in the coming years.” 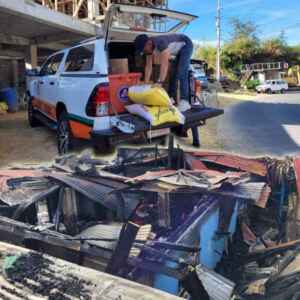 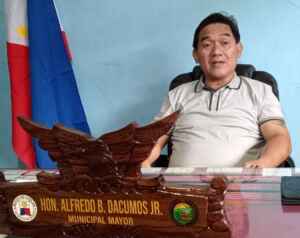