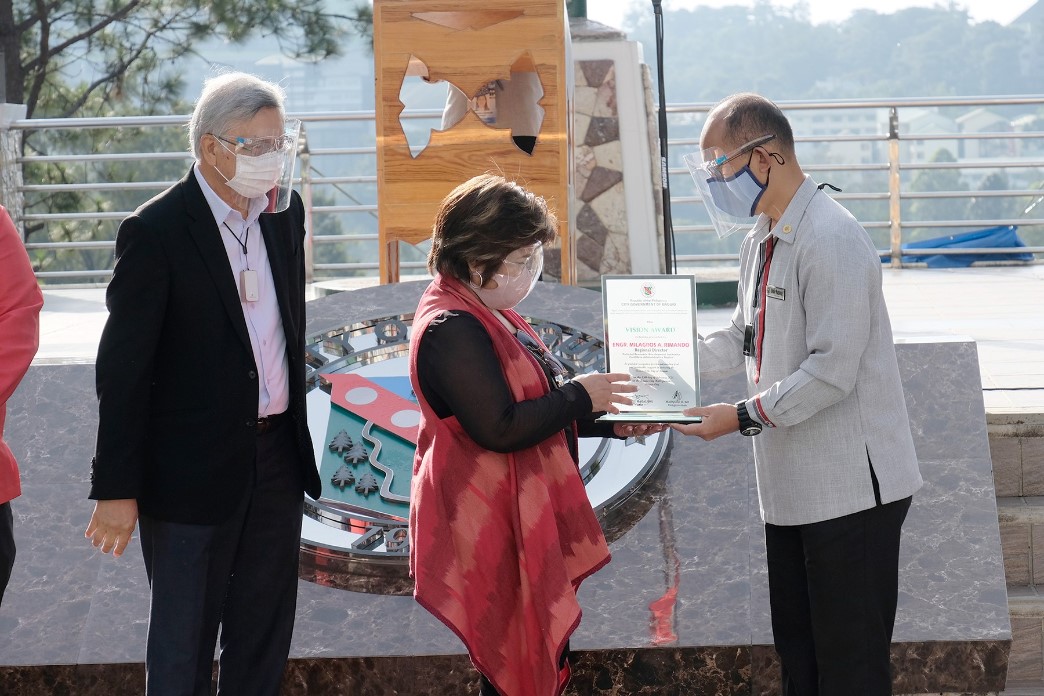 The City Government of Baguio represented by Mayor Benjamin Magalong, Congressman Marquez Go, and Vice Mayor Faustino Olowan with members of the Baguio City Council awarded Regional Director Engr. Milagros A. Rimando of the National Economic Development Authority Cordillera Administrative Region (NEDA CAR), Regional Director Leo Quintilla of the Department of Social Welfare and Development Cordillera (DSWD CAR), and Regional Director Engr. Marlo Iringan of the Department of Interior and Local Government Cordillera (DILG CAR) with a Vision Award in recognition for their outstanding feat and invaluable support in pursuing the Vision of the City of Baguio.

The award is given during the Flag Raising Ceremony last Monday, February 15, 2021, at the Baguio City Hall Grounds. 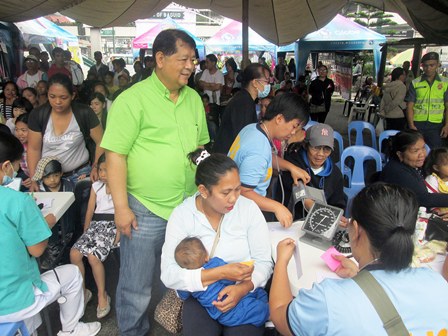 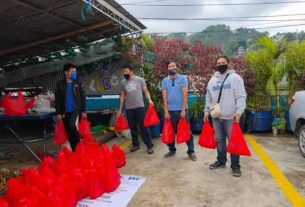