LA TRINIDAD, Benguet, Aug. 28 (PIA) — The Department of Agriculture – Cordillera turned over seeds, equipment and other agricultural inputs to farmer beneficiaries in seven Benguet towns as part of the continuing  support during the COVID-19 pandemic.

Turned over  were  hand tractors, seed storages, high-density polyethylene (HDPE) pipes, plastic sheets and assorted vegetable seeds were received by farmer organizations and their members with their  respective municipal agriculturists of the towns of Atok, Mankayan, Kabayan, Kibungan, Bakun, Buguias and Kapangan.

The DA-CAR earlier distributed the farm assistance to the other six towns in the province.

Meanwhile, the Department of Social Welfare and Development-CAR and the Department of Education -Benguet Division Office also received project assistance from the DA-CAR for the implementation of the Gulayan sa Barangay project for the Pantawid Pamilya beneficiaries in the region and for the Gulayan sa Paaralan program in identified schools in Benguet, respectively.

The Gulayan sa Barangay project aims to encourage individuals, families and communities of Pantawid Pamilya to implement community gardening activities that will eventually promote food production at the household and community level and ensure provision of access to fresh, organically produced food while the Gulayan sa Paaralan aims to support the hunger mitigation initiatives of the government and to encourage public elementary and secondary schools to establish their own gardens.

Odsey said that the turn over of farm inputs and equipment is part of the support of the DA-CAR to the farmer organizations identified by their respective municipal agriculture office under the High Value Crop Development Program.

Odsey said the DA-CAR has been extending support to the agricultural community, the local government units and the public amidst the COVID-19 pandemic to cope up with the crisis thru the different projects, programs and activities. Among these are the Ahon Lahat, Pagkaing Sapat (ALPAS) COVID-19 or the Plant, Plant, Plant Program;   the Enhanced KADIWA, a direct marketing system between the farmers and consumers; the Expanded Survival and Recovery (E-SuRe) Aid, a loan program to help farmers affected by the enhanced community quarantine and the other regular programs of the agency.

Yap lauded the efforts of the DA-CAR to support the farmers in Benguet. He expressed gratitude to the DA for the continuing support of the agency to the farmers who were also among the most affected during the COVID-19 crisis

Yap assured support to the farmers of Benguet that include the proposed 31 kilometer farm-to-market road project to be implemented next year.  He has also filed a bill which urges restaurants, hotels and catering services to prioritize the purchase of agricultural produce from local farmers.

The lawmaker also offered   P25 million   from his personal funds which would be used as loan without interest for small farmers in the province.

For his part, Gov. Melchor Diclas thanked the DA-CAR and Secretary William Dar for their continuing support to the Benguet farmers. He also thanked    Yap for his support to   Benguet particularly the farmers affected by the COVID-19 crisis. 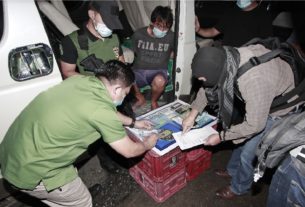 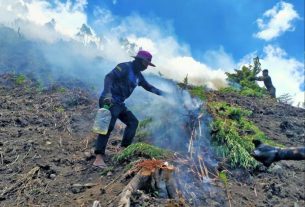