The EcoWaste Coalition, a Quezon City-based environmental health NGO, has welcomed the moves by the Baguio City government to address the problem on toxic cosmetics being sold in the city.
The group had earlier written to the Office of Mayor Mauricio G. Domogan about the unlawful sale of contraband cosmetics that can expose consumers to lead and mercury, toxic chemicals banned in cosmetic product formulations.
“We welcome the moves by the Baguio City Government, particularly the Health Services Office and the City Council, to address the problem with the unethical and unlawful sale of cosmetics that can pose serious health risks, especially to women consumers,” said Thony Dizon, chemical safety campaigner.
Through a letter sent to the group, City Health Officer Dr. Rowena Galpo said: “We are very thankful and appreciative of the extended efforts you have made during Baguio City’s Charter Day Celebration.” The group last September 1 went to Baguio and collected samples of unregistered skin whitening creams and lipsticks, which were found to be contaminated with mercury and lead.
“As a response to your letter, we immediately notified and forwarded your e-mail to the Food and Drug Administration of the Department of Health – Cordillera Administrative Region Office for them to look into the products being sold,” wrote Galpo.
“It was also agreed upon that our offices would meet the soonest to discuss plans on how to deal with the proliferation of these products that are very detrimental to the health of the population,” she said.
Galpo noted that the proposed “Cosmetic Products Regulation Ordinance” introduced by Councilor Leandro Yangot Jr. “is very timely because it addresses the issue at hand.”
“The Health Services Office has been very optimistic of the passage of this ordinance,” she added. 21 September 2018, EcoWaste Coalition 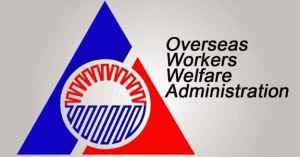