Ifugao pride Khurvin Jhon Natuplag is eyeing the World Boxing Organization Oriental featherweight
championship belt as he eyes the 15th spot in the world ranking. This dream may come true this Saturday when he faces World Boxing Council – Asian Boxing Council featherweight king Boonrueang Phayom at the Fight Club Champion Forum in Dubai, United Arab Emirates. Natuplag said that he is 100 percent ready for the fight after three months of rigorous training including sparrings.

In his three month training, Natuplag has improved on his lateral movements and improved on his defense and offense. The 26-year old fighter also thanked his promoter and the Cordillera community of mostly
overseas Filipino workers like him who are behind him in his quest including provision of financial assistance. Natuplag promised that he will give his best performance in the fight against the Thai so
he could bring home the crown.

Natuplag holds a 10-3 with 9 knock outs win-loss record, while Phayom has a 10-1 record, all of his wins came from Kos and his loss also via KO against Vietnamese Van Thao Tran. The co-main events will
feature Filipinos – Jun Rey Villar facing Ugandan Remmy Yiga for the ABF Continental featherweight title, while Joepher Montano goes up against Kulbir Chaka of India for the WBO Oriental welterweight belt 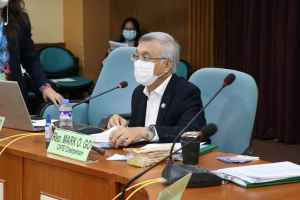 ‘EDUCATION FIRST’: OUR WORKING CONGRESSMAN IS BACK IN CONGRESS! 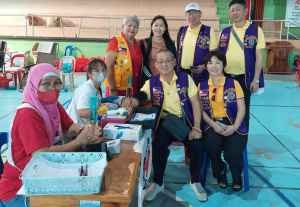