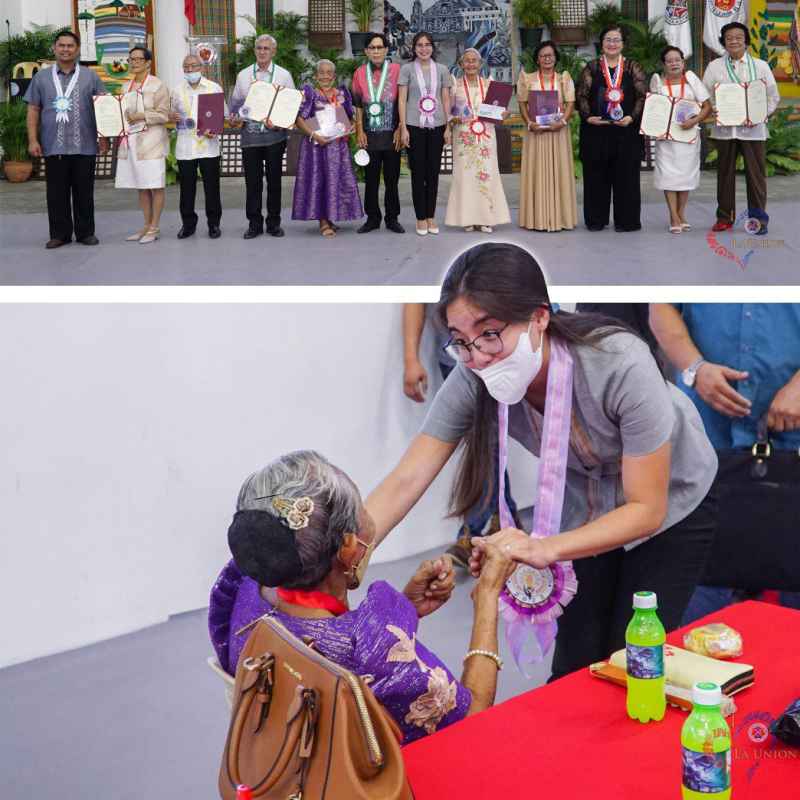 Gov. Raphaelle Veronica “Rafy” Ortega-David honors 10 Senior Citizen awardees during the Provincial
Celebration of the 2022 Elderly Filipino Week with the theme “Older Persons: Resilience in Nation Building” on October 17, 2022 at the Municipal Covered Court, Bauang, La Union. The highlight of the
celebration is the 2nd Awarding Ceremony of the “Sangapulo a Naisangsangayan a Nataengan ti Probinsiya ti La Union” pursuant to Sangguniang Panlalawigan Ordinance No.178-2019 in recognition of acts or contributions among unsung bonafide resident elders of the province who have made a difference in the lives of many and have given exemplary service from the time they became Senior Citizens.

The Provincial Government of La Union continues to empower the people of La Union, including the Senior Citizens, and enjoin them in #LaUnionPROBINSYAnihan as we walk towards the realization of the province’s vision to be the Heart of Agri- Tourism in Northern Luzon by 2025.